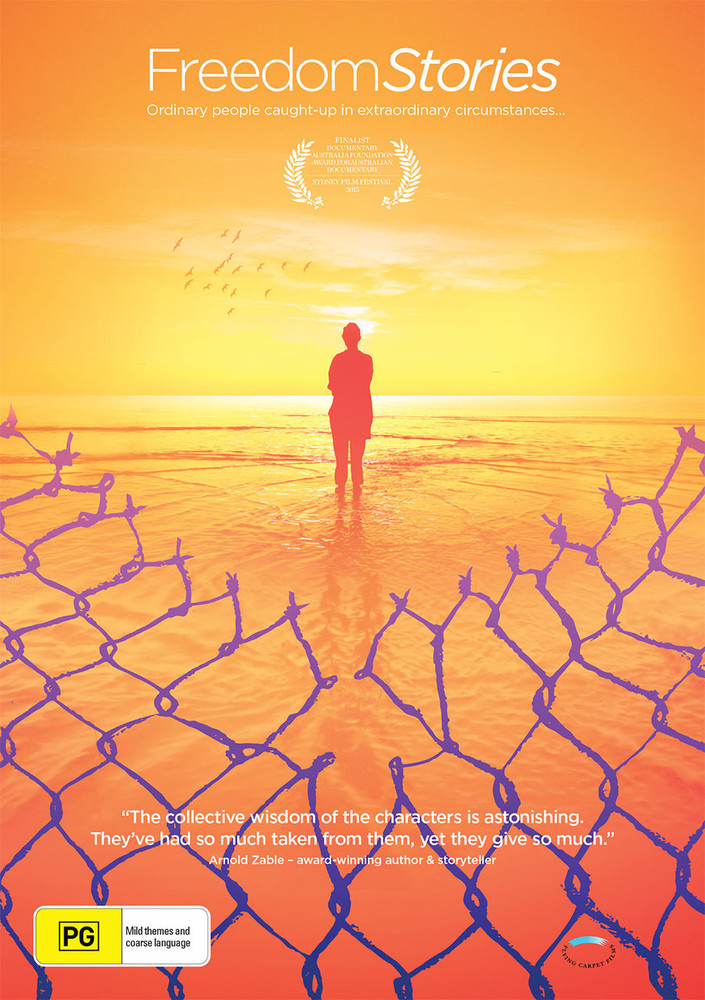 Freedom Stories is an exploration of the achievements and struggles of former 'boat people'. Now Australian citizens, they arrived seeking asylum from the Middle-East around 2001 – a watershed year in Australian politics sparked by the Tampa affair and Prime Minister John Howard's declaration: 'We will decide who comes to this country and the circumstances in which they come.'

Some were only children when they found themselves in indefinite mandatory detention in remote places such as Woomera or Nauru and then placed on Temporary Protection Visas, which extended their limbo for years. It has taken astonishing resilience and many years for them to build secure lives and start contributing to their new country.

These are ordinary people who found themselves caught up in the extraordinary consequences of political brinkmanship but have long since dropped out of the media spotlight. They live among us now and given the Government's assertion that it has 'stopped the boats' it is time for their voices to be heard.

'The collective wisdom of the characters is astonishing. They've had so much taken from them, yet they give so much.' – Arnold Zable (author and storyteller)

'Exudes humanism from every pore.'

'An amazing pastiche of unique characters.'

'Warms the heart sometimes and enrages us at others. Both timely and fascinating.'

ATOM has also produced a study guide for Freedom Stories. This study guide is available to purchase here.