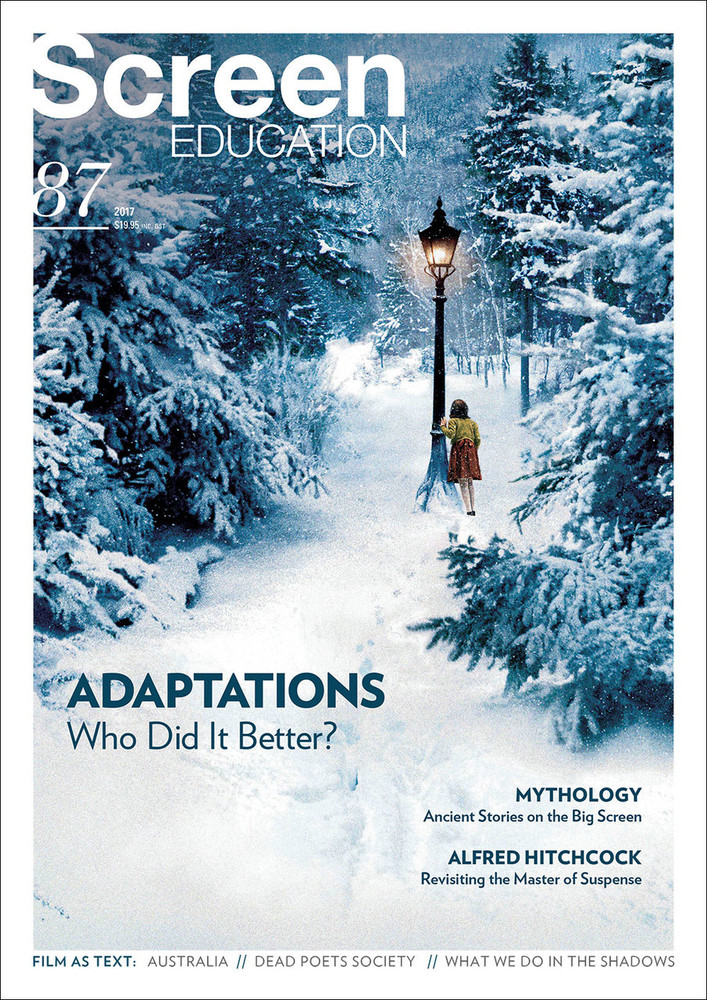 New & Notable
Inside out: Grown-up Discussions for Little Ones – Louise Lavery
Out From the Fringes: Teen Tropes and Female Perspective in The Edge of Seventeen – Suzie Gibson

Talking Society
Horror, History, Healing: The Act of Killing, The Look of Silence and the Indonesian Genocide – Anthony Carew

Film as Text
Taking on Tradition: Coming of Age and Conformity in Dead Poets Society – Zoë Wallin
Ahistorical Visions: Race and the Influence of the Hollywood Epic in Baz Luhrmann's Australia – Ella Donald
'Vampires Don't do Dishes': Mockumentary, the Undead and What we Do in the Shadows – Sarah Ward