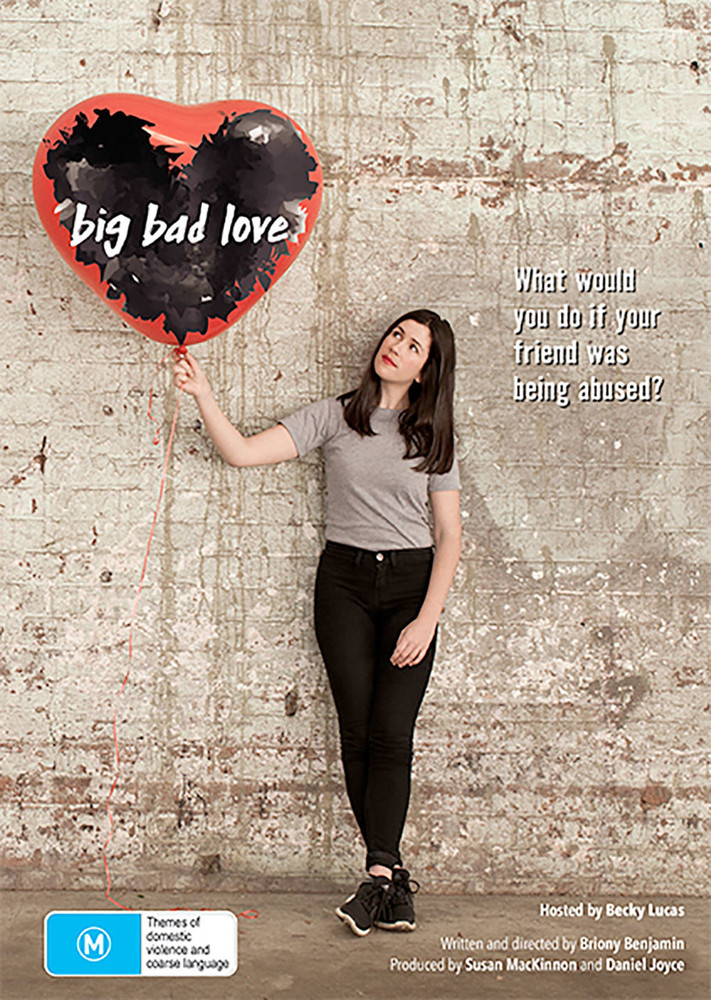 Comedian Becky Lucas recently discovered that one of her best childhood friends, Jess, had suffered years of horrific violence and abuse at the hands of her partner. At the time Becky had suspected something might be wrong but she wasn’t equipped to see what was happening and so did nothing. Becky still feels a deep regret that she didn't act on her suspicions and help her friend.

But what does an abusive relationship even look like? How does it begin? And what can anyone do if they suspect someone they know is in trouble?

Becky starts to answer these questions when she meets her friends at a local retirement village, getting a sense of what domestic violence was like in their day. After chatting with the women she learns that, when they were younger, one didn't intervene in other people's affairs: domestic violence was a taboo topic and it was seen as private business. Today, at least we are talking about domestic violence. Despite this, one in four Australian women will still suffer abuse from an intimate partner.

Becky is surprised to learn that it’s women aged eighteen to twenty-four who are most at-risk of abuse. She meets two young women, Ella and Lauren, who have both survived violent and controlling relationships to better understand how abusive relationships begin. Shocked by the brutality of their stories and the violence occurring behind closed doors, Becky wonders how people would respond if they could see the violence that affects so many. She sets up a public social experiment where actors play out an abusive role play on the street. It’s a nerve-wracking and tense experience as people respond in a variety of ways. When is it safe to intervene? Is it safe? What does anyone do when confronted with violence?

Becky meets with experts and attends a workshop to uncover the tactics that abusers use and learn more about the manipulation present from the outset of abusive relationships. She emerges realising that abusive relationships look very different from what she first thought. As a comedian Becky is used to making jokes about taboo subjects but now she's determined to make the subject of domestic violence one people can talk about openly in the hope that other women will find the support around them that they need to leave a dangerous relationship.

ATOM has also produced a study guide for Big Bad Love. This study guide is available for download here.

The Good, the Bad