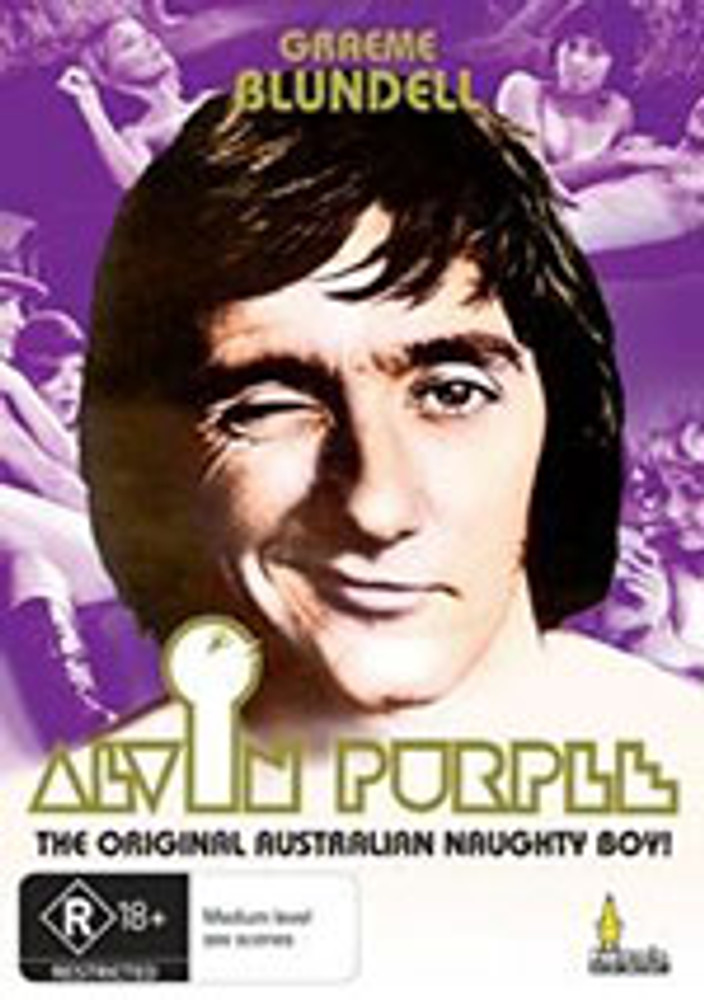 A controversial benchmark of Australian cinema and a monumental part of the 1970s Ozploitation movement, Alvin Purple is Tim Burstall's legendary film that blazed a trail of outrageous romp-inspired cinematic mayhem.

Alvin Purple (Graeme Blundell) is a young, naive man with a great future ahead of him. But there is more to Alvin than meets the eye, and it is not long before he is thrust into a series of saucy adventures where women are attracted head-over-heels and find him sexually irresistible. Bounding from one hilarious escapade to another, Alvin effortlessly becomes the centre of every woman's attention, affection and desire; from accepting the amorous comfort of his teacher's wife to demonstrating the versatility of a waterbed, Alvin knows every trick in the book.