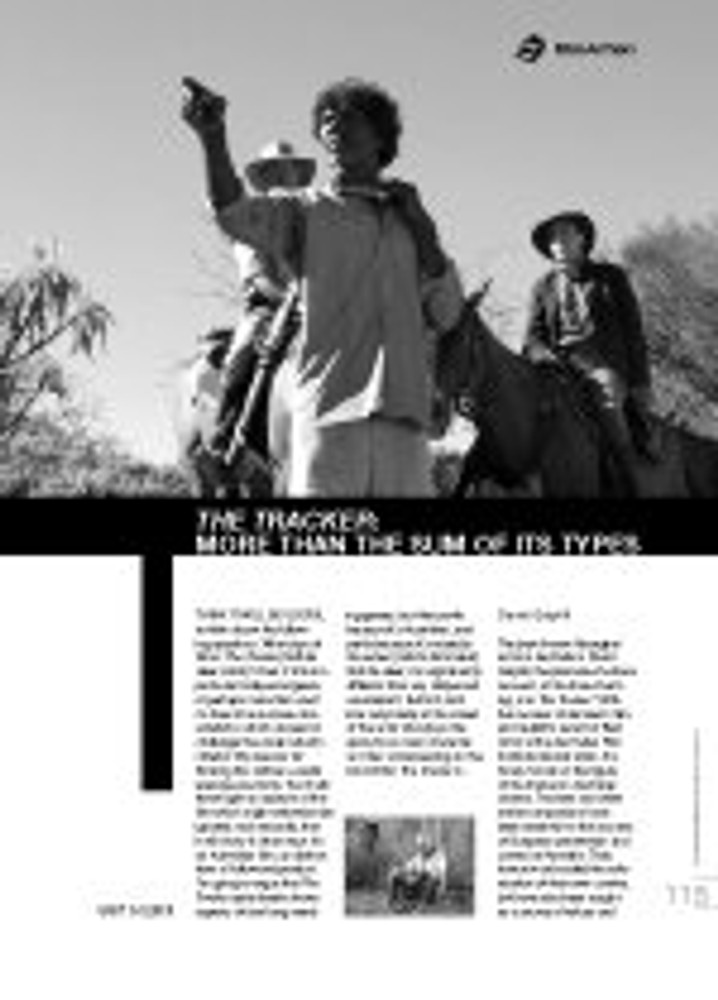 'The Tracker': More than the Sum of Its Types

Garry Gillard poses questions about how we might describe Rolf de Heer's film, 'The Tracker', and argues that it clearly shows aspects of four long-standing film genres: the western, the art film, the social problem film and the musical. The article follows the career of David Gulpilil and looks at the figure of the tracker in Australian film from a number of different angles.

More Than a Game: Examining Sport and Society with ESPN's 30 for 30

More Than Ballyhoo? The Importantce of Understanding Film Consumption in Australia