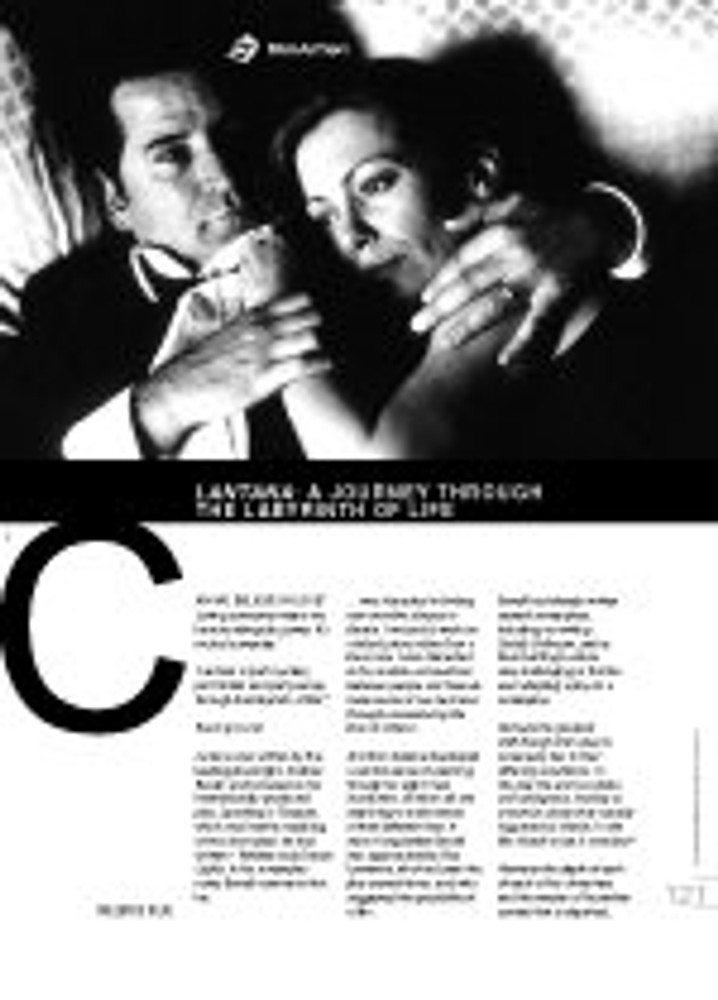 Based on his internationally-produced play, 'Speaking in Tongues', Andrew Bovell describes his screenplay, 'Lantana', as 'part mystery, part thriller and part journey through the labyrinth of life'. Directed by Ray Lawrence and influenced by multi-narrative films such as those by Robert Altman, 'Lantana' is based around the lives of four married couples. In this article, Melanie Beal explores the characters and central concerns of the film including issues of grief, love and trust.

In the Thick of it: Trust and Suspicion in Lantana