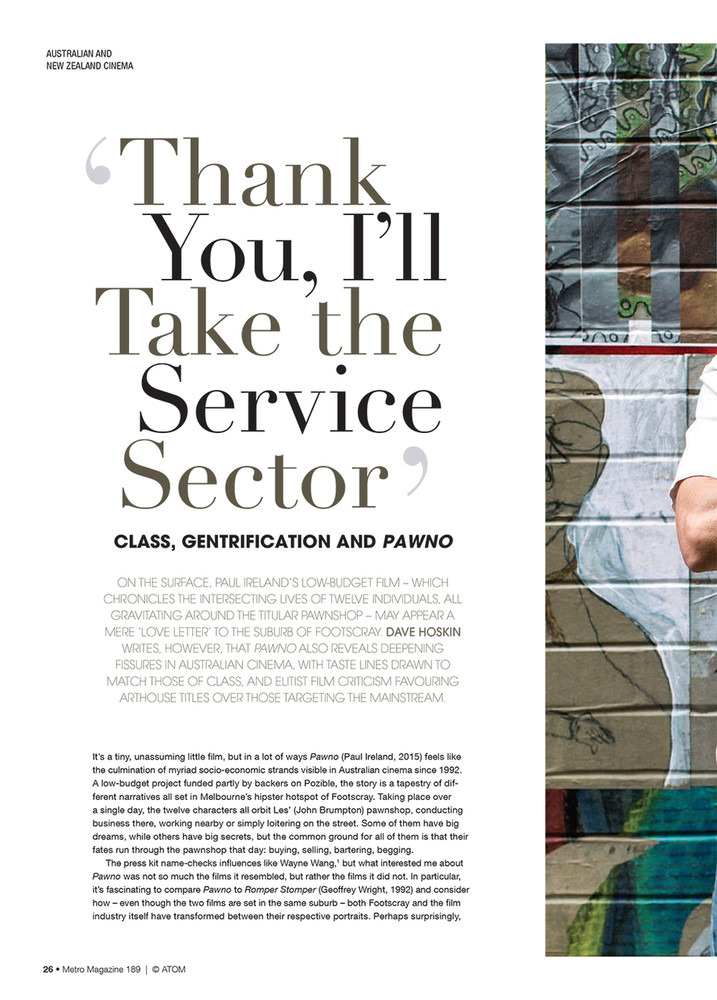 On the surface, Paul Ireland's low-budget film – which chronicles the intersecting lives of twelve individuals, all gravitating around the titular pawnshop – may appear a mere 'love letter' to the suburb of Footscray. Dave Hoskin writes, however, that Pawno also reveals deepening fissures in Australian cinema, with taste lines drawn to match those of class, and elitist film criticism favouring arthouse titles over those targeting the mainstream.

I'll Be Back': Orientalism and '90s Hollywood

Once upon a Time in the West: Suburbia and Identity in Jason Raftopoulos' 'West of Sunshine'