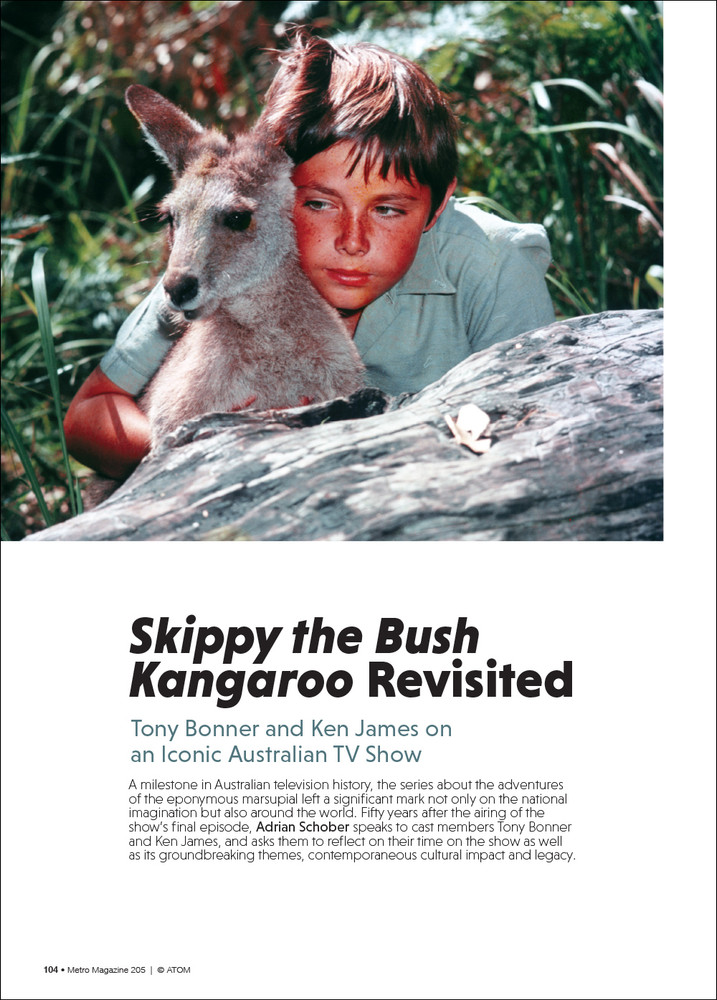 A milestone in Australian television history, the series about the adventures of the eponymous marsupial left a significant mark not only on the national imagination but also around the world. Fifty years after the airing of the show's final episode, Adrian Schober speaks to cast members Tony Bonner and Ken James, and asks them to reflect on their time on the show as well as its groundbreaking themes, contemporaneous cultural impact and legacy.