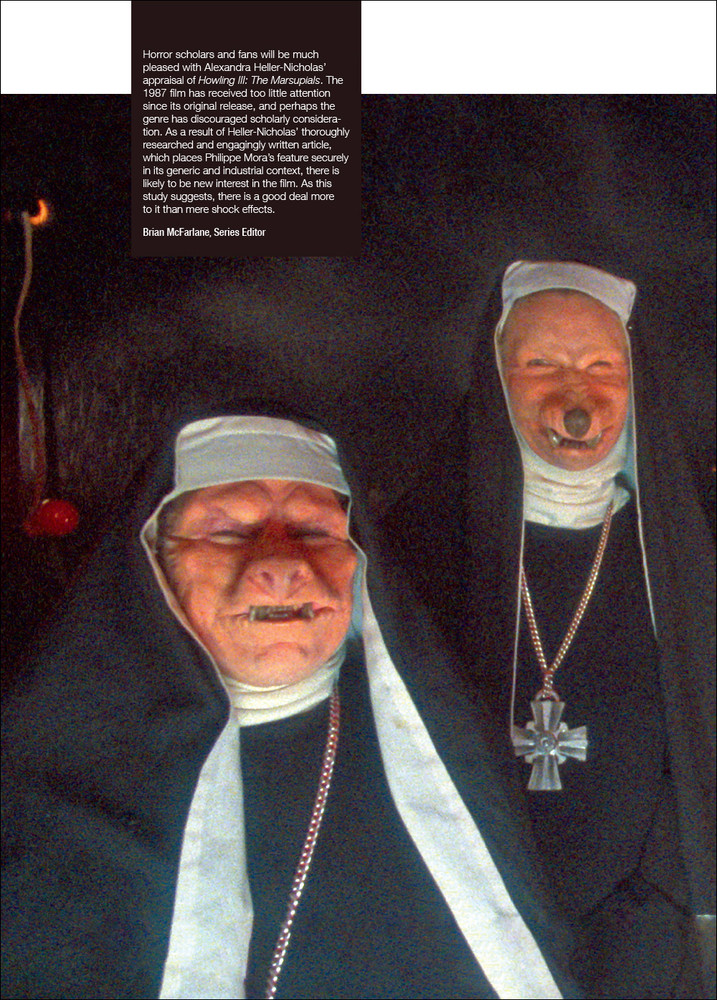 Howling III: The Marsupials has received too little attention since its original release, and perhaps the genre has discouraged scholarly consideration. As a result of Alexandra Heller-Nicholas' thoroughly researched and engagingly written article, which places Philippe Mora's feature securely in its generic and industrial context, there is likely to be new interest in the film. As this study suggests, there is a good deal more to it than mere shock effects.