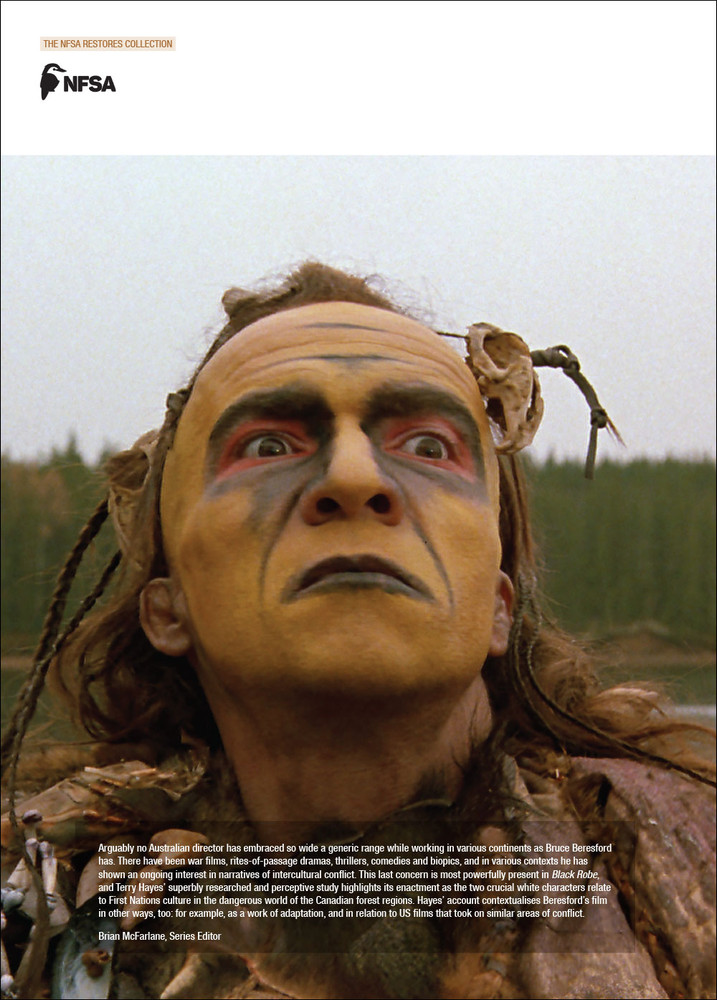 Arguably no Australian director has embraced so wide a generic range while working in various continents as Bruce Beresford has. There have been war films, rites-of-passage dramas, thrillers, comedies and biopics, and in various contexts he has shown an ongoing interest in narratives of intercultural conflict. This last concern is most powerfully present in Black Robe, and Terry Hayes' superbly researched and perceptive study highlights its enactment as the two crucial white characters relate to First Nations culture in the dangerous world of the Canadian forest regions. Hayes' account contextualises Beresford's film in other ways, too: for example, as a work of adaptation, and in relation to US films that took on similar areas of conflict.