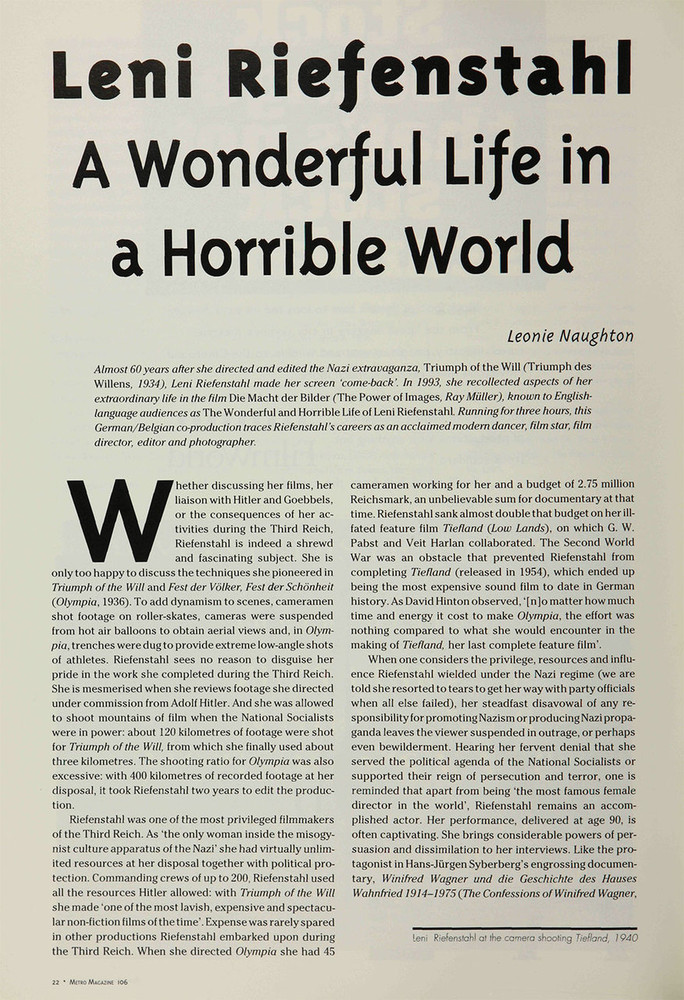 Leni Riefenstahl: A Wonderful Life in a Horrible World

Almost sixty years after she directed and edited the Nazi extravaganza Triumph of the Will (Triumph des Willens, 1934), Leni Riefenstahl made her screen 'comeback'. In 1993, she recollected aspects of her extraordinary life in the film Die Macht der Bilder (The Power of Images, Ray Müller), known to English-language viewers as The Wonderful and Horrible Life of Leni Riefenstahl. Running for three hours, this German/Belgian co-production traces Riefenstahl's careers as an acclaimed modern dancer, film star, film director, editor and photographer.

What a Wonderful World - Not! Eight Documentaries on Globalization