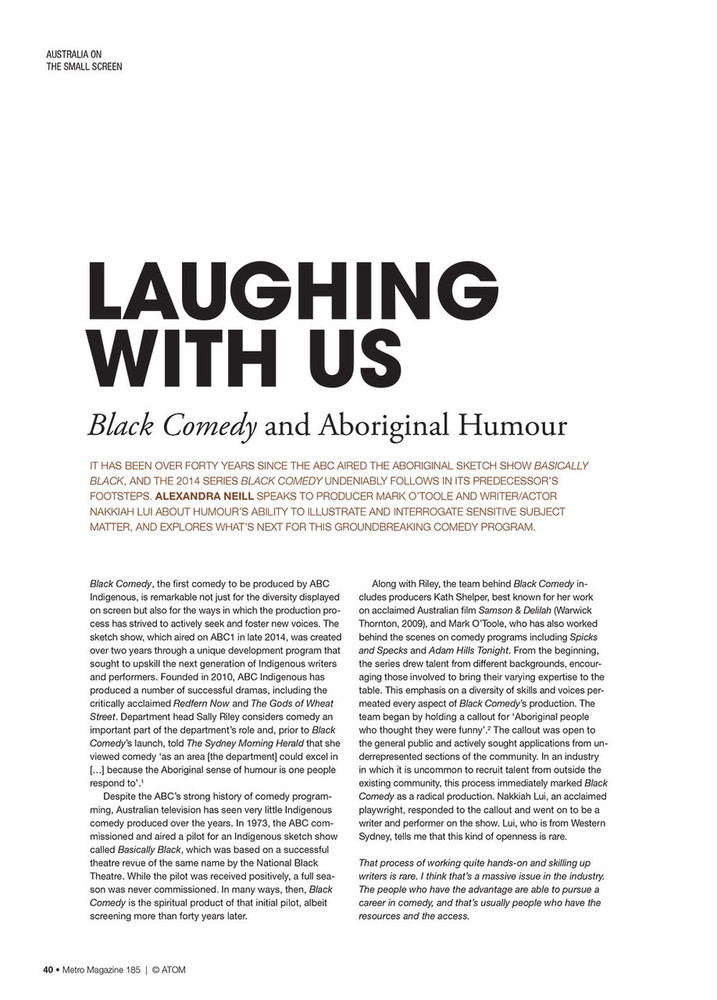 Laughing with Us: Black Comedy and Aboriginal Humour

It has been over forty years since the ABC aired the Aboriginal sketch show Basically Black, and the 2014 series Black Comedy undeniably follows in its predecessor's footsteps. Alexandra Neill speaks to producer Mark O'Toole and writer/actor Nakkiah Lui about humour's ability to illustrate and interrogate sensitive subject matter, and explores what's next for this groundbreaking comedy program.

Seriously Funny: History and Humour in 'The Sapphires' and Other Indigenous Comedies