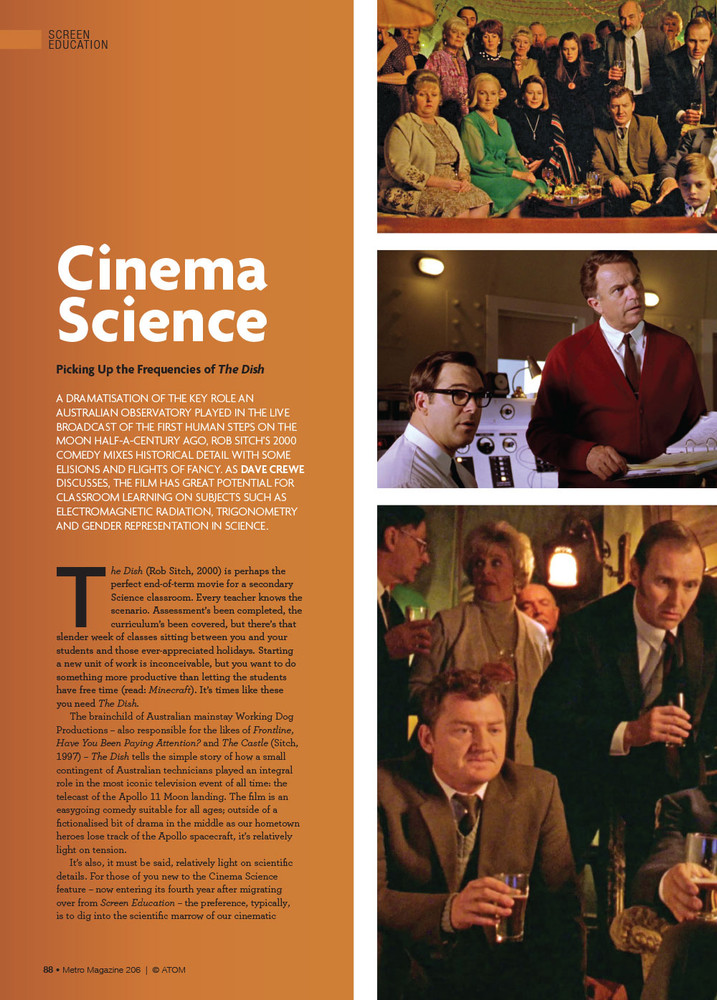 Cinema Science: Picking Up the Frequencies of 'The Dish'

A dramatisation of the key role an Australian observatory played in the live broadcast of the first human steps on the Moon half-a-century ago, Rob Sitch's 2000 comedy mixes historical detail with some elisions and flights of fancy. As Dave Crewe discusses, the film has great potential for classroom learning on subjects such as electromagnetic radiation, trigonometry and gender representation in science.

Cinema Science: 'Passengers' and the Specifics of Space

Cinema Science: 'Pi' and the Rapture of Complex Mathematics