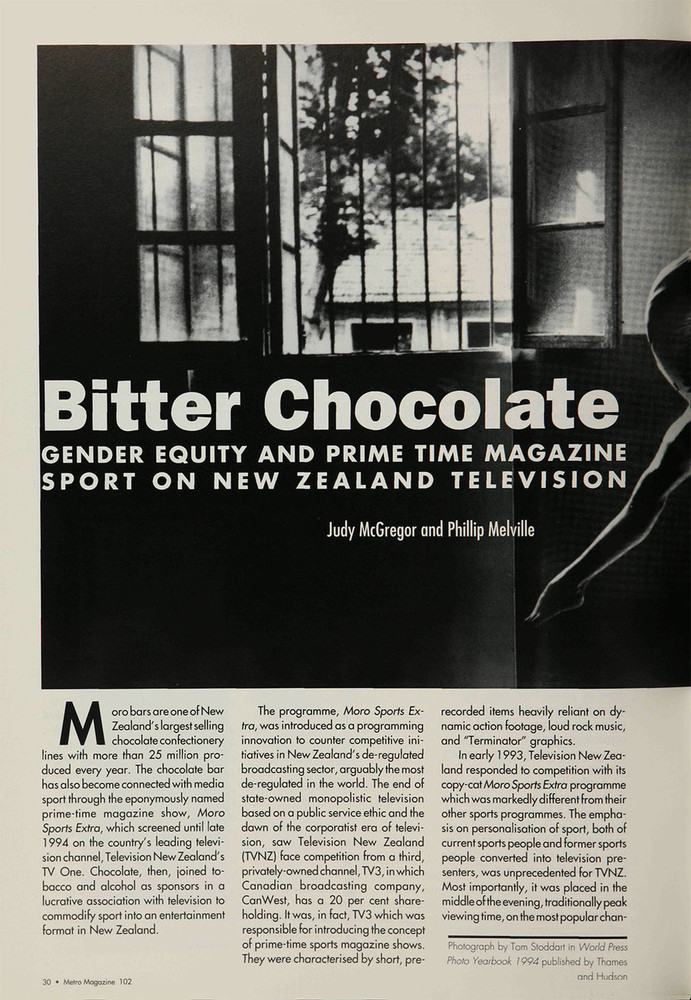 Moro bars are one of new Zealand's largest-selling chocolate confectionery lines with more than 25 million produced every year (at the time of writing in 1995). The chocolate bar has also become connected with media sport through the eponymously named primetime magazine show Moro Sports Extra, which screened until late 1994 on the country's leading television channel, Television New Zealand's TV One. Chocolate, then, joined tobacco and alcohol as sponsors in a lucrative association with television to commodify sport into an entertainment format in New Zealand.

Gender Equity in Retreat: The Declining Representation of Women's Sport in the New Zealand Print Media

Playing to Win: Women's Sport, Equity and 'Battle of the Sexes'