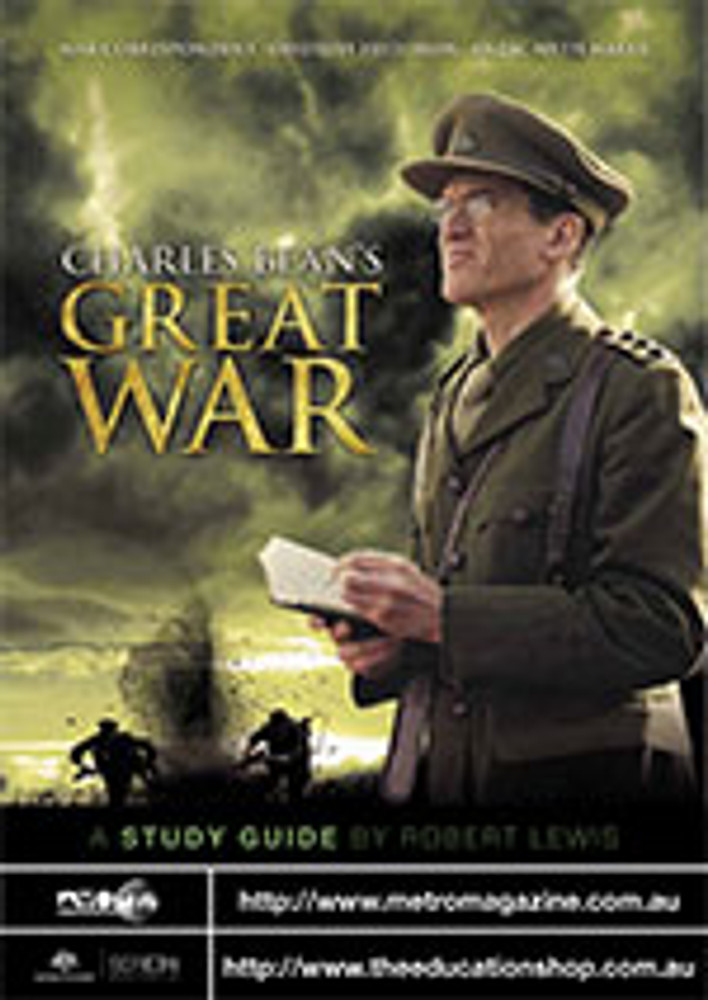 Charles Bean's Great War (Wain Fimeri, 2010, 52 minutes) is a dramatised documentary about the life of C.E.W. Bean – war journalist, historian and founder of the Australian War Memorial – and his influence on Australian identity.

Charles Bean reported on the Great War not from some general's chateau but from the front line. He witnessed the horror and the heroism of war up close and he made it his life work to record the Australian perspective. He desperately wanted it to be the war to end all wars and to apply the lessons learnt to making the world a better place.

Born in 1879 in the colony of New South Wales, Bean was a public schoolboy who was lucky enough to attend Oxford University. He believed in the superiority of the British race but he seriously questioned the idea of inherited privilege. He returned to work with The Sydney Morning Herald as a feature writer before being selected by his peers as official war correspondent in 1914.

Charles Bean was there, alongside the troops, for their entire participation in the conflict. He never carried a weapon but earned a reputation for bravery under fire, putting himself in danger to ensure the story was told.

Initially considered to be a boring writer, Bean soon became renowned for his obsessive attention to detail and absolute adherence to the facts. Alongside his articles, he accumulated vast amounts of information in his diaries, notebooks and journals.

He was so inspired by the dignity and performance of Australian troops that he made it his life's work to tell their story to the Australian public. The result was a monumental twelve-volume history that is still recognised as one of the best histories of the Great War ever written.

After his return from the Gallipoli mission in 1919 and before he started on the history, Bean wrote a publication called In Your Hands, Australians. In it he called on all Australians to honour the sacrifice of our soldiers by applying the lessons learnt in the war to peacetime. He passionately believed that planning, education and community participation could make Australia great.

Bean's commitment led to him being instrumental in the establishment of the Australian War Memorial and to leaving us perhaps the greatest legacy that any country could have – a sense of what it is to be Australian.