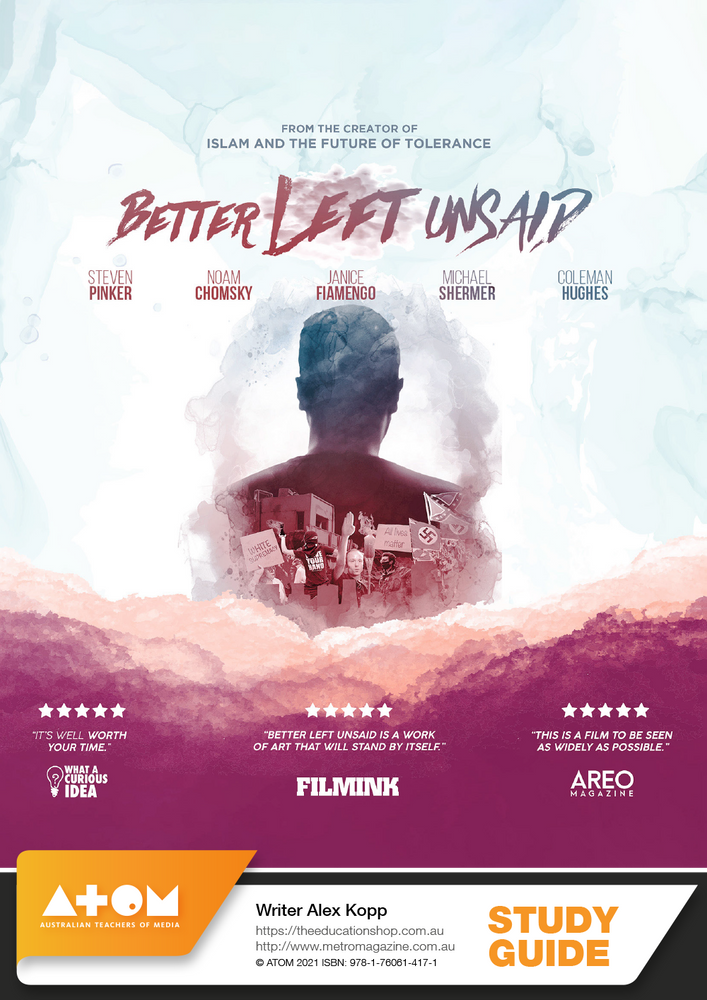 Better Left Unsaid is an independent documentary that explores the dangerous tactics of extremism across the Western political landscape. For many, extreme right-wing ideologies are easily recognised by overt racism, ethnonationalism, white supremacy and the like. The extreme left, on the other hand, takes on a more philosophically nuanced position, which some argue is no less harmful, but often takes on a more understated form in public discourse.

Broadly speaking the difference between 'the Left' and 'the Right' is that the right tends to be associated with the interests of the upper and dominant classes, the left with the minority groups and lower economic and social classes, and the centre with the middle classes.

Confronting, impactful and reflective, the film leads viewers on a nuanced exploration of the West's past and current political disposition, which is often overlooked in classrooms and mainstream media alike. As Better Left Unsaid transports viewers across the globe, centuries and civilisation, the documentary uncovers the frightening impact of political movements, both past and present, that view life through an extreme social justice lens.

Both Director Curt Jaimungal and Producer Desh Amila created Better Left Unsaid to highlight the terrifying effects of divisive nature of these political movements, in order to help forge a path of unity and tolerance.

The audience does not need to agree with any ideologies presented in the film in order to engage in and further the conversation. After watching the film, we hope that viewers react to political news presented by media outlets with a healthy amount of scepticism and demand more information before passing judgement. – Desh Amila, Producer

The film is suitable for senior secondary and tertiary students.

However, please note that it contains complex and confronting content which may be distressing to some. Teachers are advised to pre-watch it and use their judgement about whether to show the film to students in its entirety.

Active citizenship and social justice are both concepts which are explicitly taught, applauded and encouraged in our schools and universities. Better Left Unsaid offers an opportunity to explore the nature of political and activist tactics and discuss at what point ideals such as equality, equity and diversity – and the means that we attain them – change from a noble pursuit to dangerous extremism.

In senior English, some of the specific curriculum points supported by the documentary and this study guide include:

Better Left Unsaid can also be used as supplementary text in the following subjects: