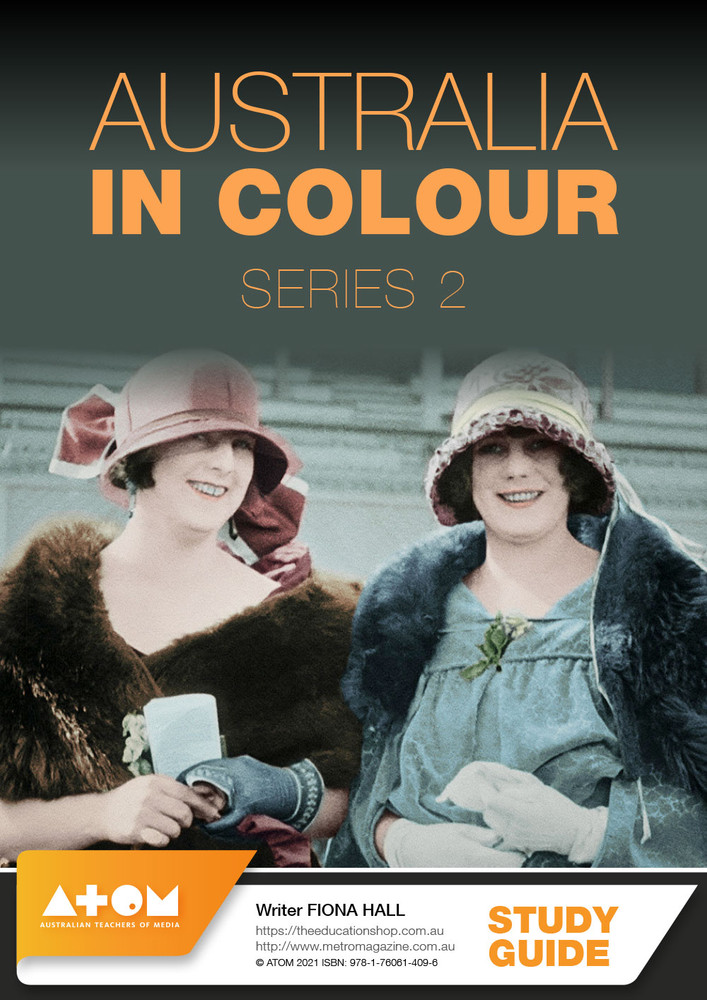 This fascinating treasure trove of the best available film from the twentieth century, digs into Australia's social, political and economic history. It has been fetched from the archive, cleaned up and put together in a way that makes sense of modern Australia. That's not all: after painstaking research, glorious colour has been added, making the past visible in colour for the first time. Colour extinguishes the distance that monochrome film now seems to give to the past. It adds clarity and makes the footage relevant again. It means this exploration of Australia pulsates with life, energy and meaning.

At the time of Federation in 1901, those in authority envisage a prosperous and civilised nation of hardworking citizens. But Australia was once a drunken penal colony and people remain under the thrall of alcohol and drugs and enthralled by murder and mischief. Some crimes shock the nation. Government puts its faith in family as the foundation of society and in women as the homemakers. The nation can only thrive if the population grows but not all babies are equal: 'half-caste children' are stolen and given to non-Indigenous families but their brothers and sisters are left behind. As the series includes the voices of Indigenous and other women – people largely absent from the traditional historic record – much that is unseen and unknown is unearthed.

The birth of sporting heroes and cultural superstars, and big global wins on the cricket pitch and in the swimming pool, build confidence. Putting aside the disruptions of war and outbreaks of disease and drought, ingenuity and mechanisation drives mass production in agriculture and manufacturing, and immigrants bring fresh approaches. Iconic brands emerge such as Myer, Bushells and Vegemite. It all adds up to the birth of a unique country.

Australia in Colour – Series 2 is a classroom resource that can be linked to the following areas of the Australian Curriculum:

The documentary explores the following themes and developments in Australian history across the twentieth century:

Australia in Colour – Series 2 is also recommended as a supplementary text for the following Senior School subjects:

The following Learning Activities relate to the four episodes of Australia in Colour – Series 2. A series of activities focusing on the nature of documentary, the process of colourisation, and the intention of the filmmakers is contained at the end of this study guide.