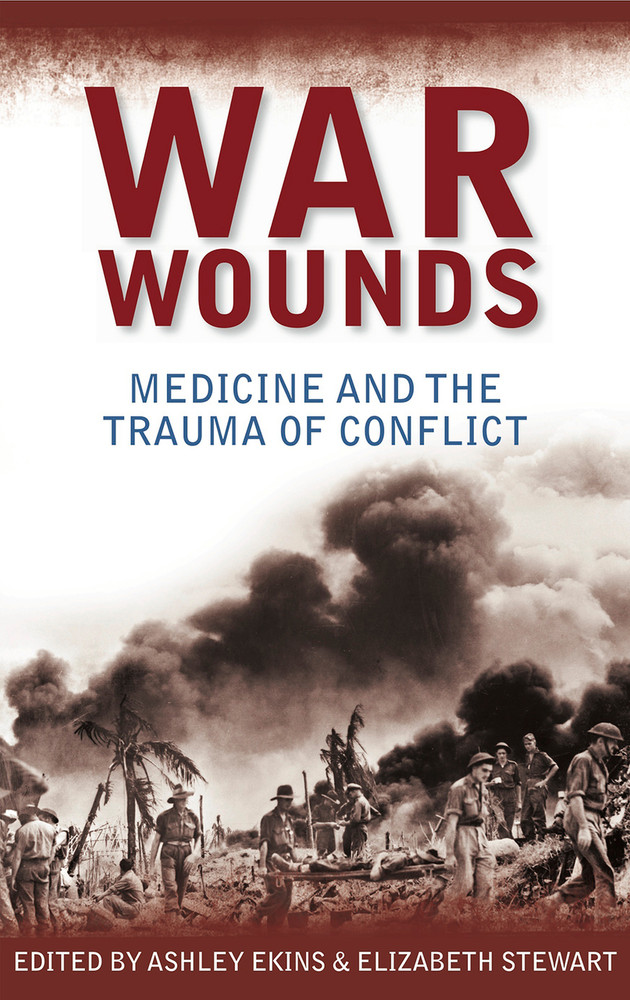 War Wounds: Medicine and the trauma of conflict

The history of warfare and the history of medicine are closely intertwined. War has been an accelerator of advances in medical treatment and surgery. As modern weaponry became more destructive, medicine developed techniques and procedures to deal with the volume and nature of battlefield casualties. Preventative medicine has also increased the effectiveness of fighting forces through improvements in soldiers’ health and disease resistance.

This book is a collection of chapters by historians, medical practitioners and researchers, former and serving military medical officers, surgeons, nurses and veterans, who explore the impact of war, wounds and trauma through historical record, reported narratives and personal experiences.

War Wounds is a truly unique book that offers considerable insights into an aspect of war that is often mentioned but seldom examined as it is here. Medical professionals, military personnel and the general public will all find it a remarkably revealing read.

About the editors:
Elizabeth Stewart is a historian in the Military History section at the Australian War Memorial. She worked for several years as a research officer on the Official History of Australia’s Involvement in Southeast Asian Conflicts 1948–1975 and from 2004–2008 was content leader for the Vietnam section of the Memorial’s Conflicts 1945-to-today galleries. She is the co-author of two books (with Gary McKay): Viet Nam Shots: A photographic account of Australians at War (2001), and With Healing Hands: the untold story of the Australian civilian surgical teams in Vietnam (2009).

Ashley Ekins is head of the Military History section at the Australian War Memorial in Canberra. A graduate of the University of Adelaide, he specialises in the history of World War One and the Vietnam War. He is the co-author (with Ian McNeill) of two volumes of The Official History of Australian Involvement in Southeast Asian Conflicts 1948–1975, dealing with Australian army operations in The Vietnam War: On the Offensive (2003) and Fighting to the Finish (2011). He has published widely on the role of Australian soldiers in World War One and has contributed chapters to several books.

Song Il-goon: The Wound Inside