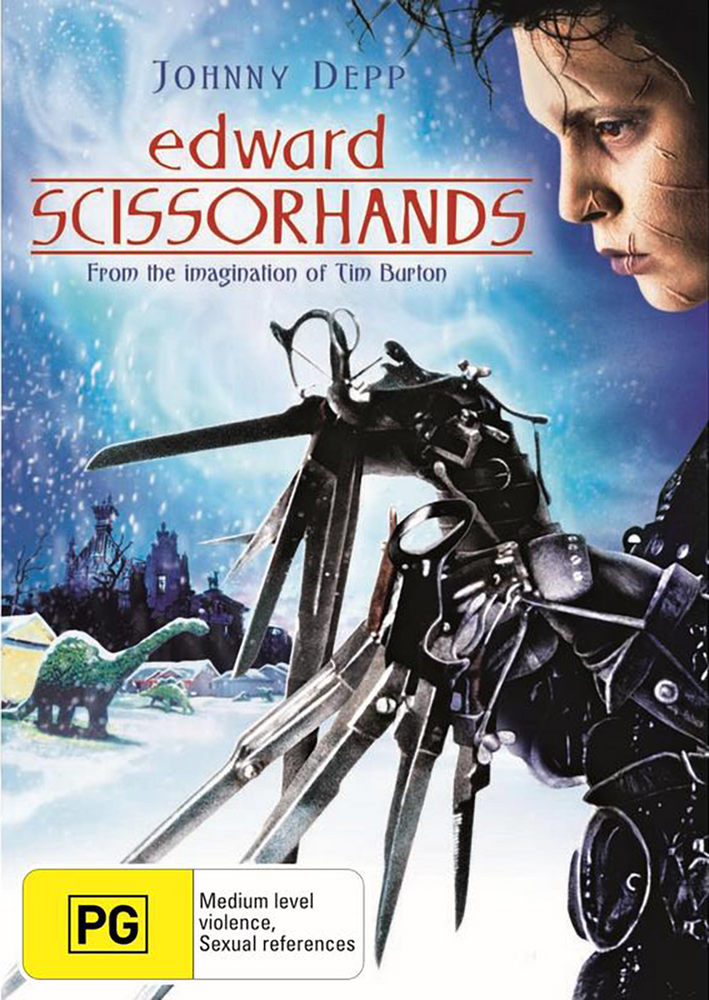 Once upon a time in a castle high on a hill lived an inventor whose greatest creation was named Edward. Although Edward had an irresistible charm, he wasn't quite perfect. The inventor's sudden death left him unfinished, with sharp shears of metal for hands. Edward lived alone in the darkness until one day, a kind Avon lady took him home to live with her family. And so began Edward's fantastical adventures in a pastel paradise known as Suburbia.

From Tim Burton, the director of Batman and Beetlejuice, comes an unforgettable fairy tale about a most unusual character.

ATOM has also produced a teacher pack for Edward Scissorhands. This teacher pack is available for download here.

All Too Human: Edward Scissorhands