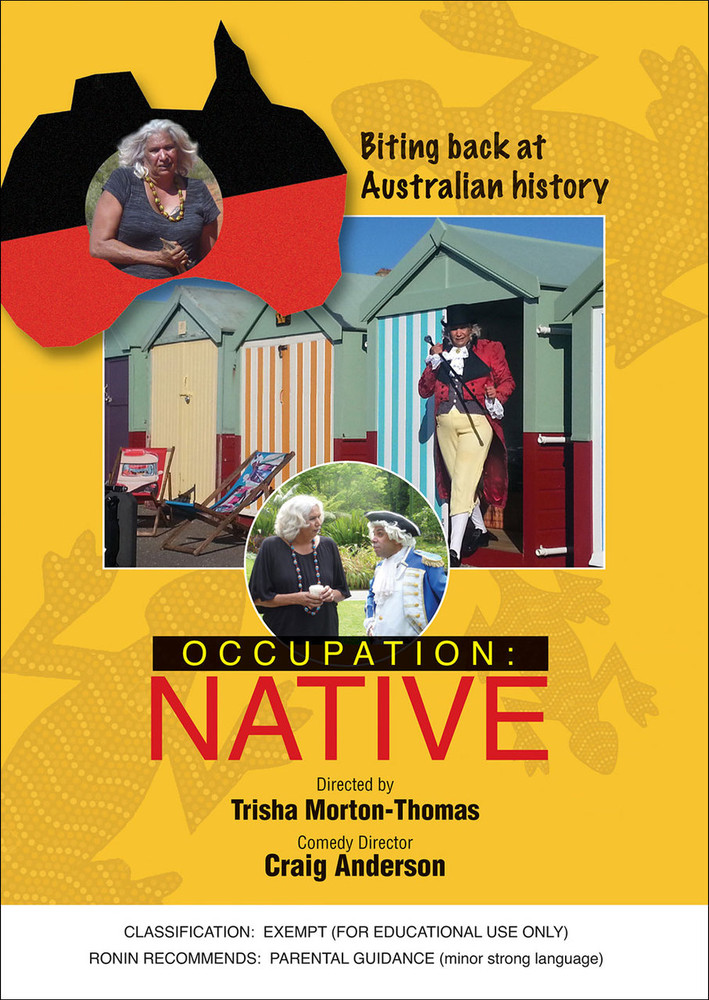 The Aboriginal story is often buried deep beneath the accepted 247-year Australian historical narrative. It's not that the Australian story is wrong, it's just that it's a wee bit one-sided.

Aboriginal filmmaker Trisha Morton-Thomas bites back at Australian history in this inspired satire. All was well in Aboriginal Australia. People thrived and life was good, people were happy, and then … all hell broke loose. Captain James Cook, a hero to most Australians but a thief to Aboriginal people, stole the continent with a British flag. Of course, the Aboriginal people had no idea what Cook was up to. They continued on with their lives, blissfully unaware that their 80,000 year kinship with their lands was about to be tested beyond their worst nightmares.

Aboriginal people fought back against white domination, but numbers and guns were against them. In a long, ugly war, brave men, women and children died in defence of their country, yet the European narrative buried their heroic stand and failed to mention their names and deeds. And yet the voices of Black Australia would not be quieted. Their spirit and resilience became a contemporary political issue, and the concept of reconciliation became an ideological mantra. Achieving that goal became a political football for decades, and is still getting a good kick around the park today.

Mabo: The Name and Face of Native Title: A Question of Recognition