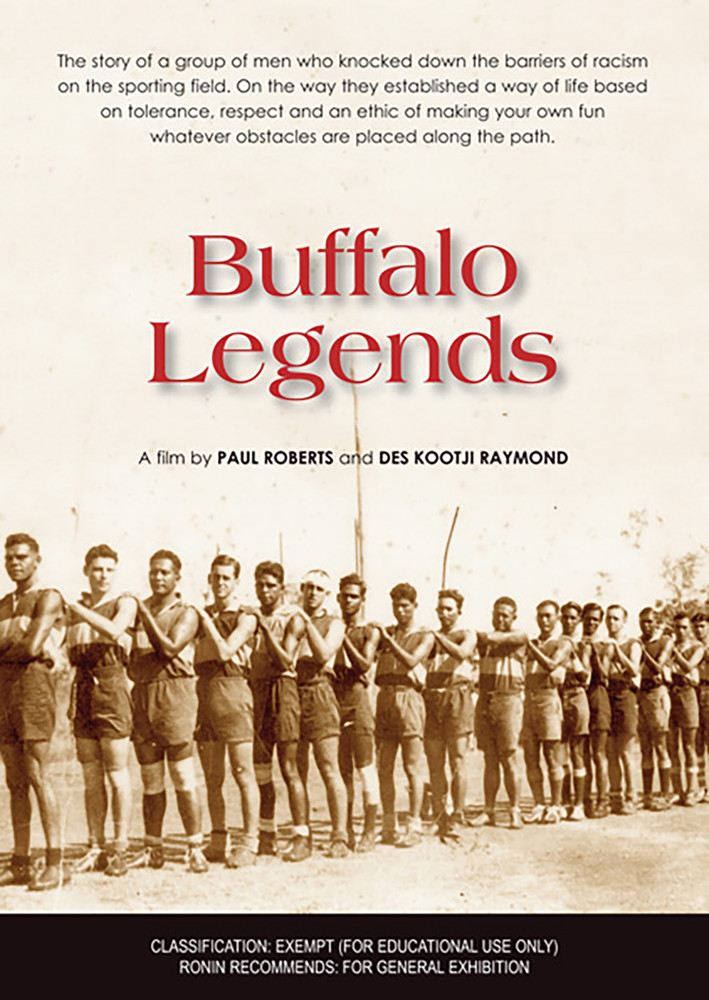 Produced and directed by Des Kootji Raymond and Paul Roberts

Bill Dempsey MBE, himself a football legend, narrates this story of a group of men who knocked down the barriers of racism on the sporting field. On the way they established a way of life based on tolerance, respect and an ethic of making your own fun whatever obstacles are placed along the path.

The Legends' were a group of men who formed the Buffaloes Football Club and championed fair play on and off the sporting field. Many of the men came out of Darwin's notorious Kahlin Compound where they had been placed because the law classified them as half-castes and removed them from their mothers. The law, however, allowed them to play football and by the 1930s they were playing it better than anyone else in Darwin.

Buffalo Legends allows the descendants of the original Legends to tell us, with their own in-your-face humour and candour, how multiculturalism was established in Darwin long before the word was invented … and why it is still worth fighting for.

The Legend of Korra and Minority Representation