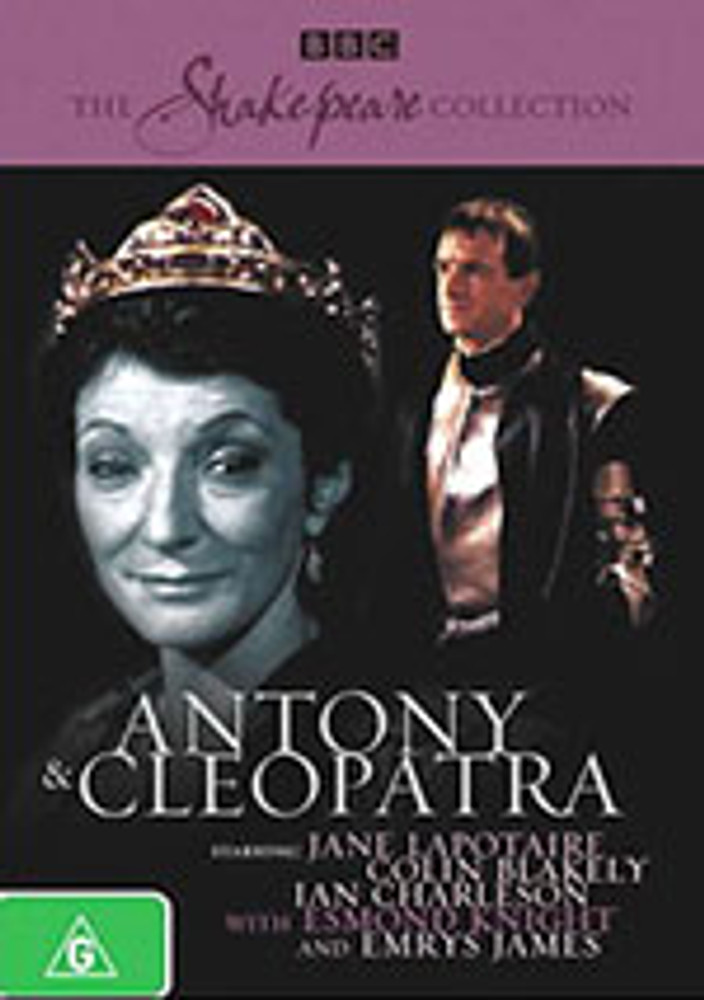 Mark Antony, one of the three rulers of the Roman Empire, commands the eastern Mediterranean. Despite his infatuation with Cleopatra, Queen of Egypt, he has to return to Rome. As his fellow ruler Octavius schemes, Mark Antony rejoins Cleopatra and, driven by blind passion, they confront the mighty empire.

Themes of ambition, power, love, friendship and deception – laced with a fascinating portrait of self-destructive passion – fuel Shakespeare's romantic tragedy. In this production Jane Lapotaire is gripping in the sensual role of Cleopatra, while Colin Blakely takes the part of love-tortured Mark Antony.

Arden Shakespeare, The: Antony and Cleopatra