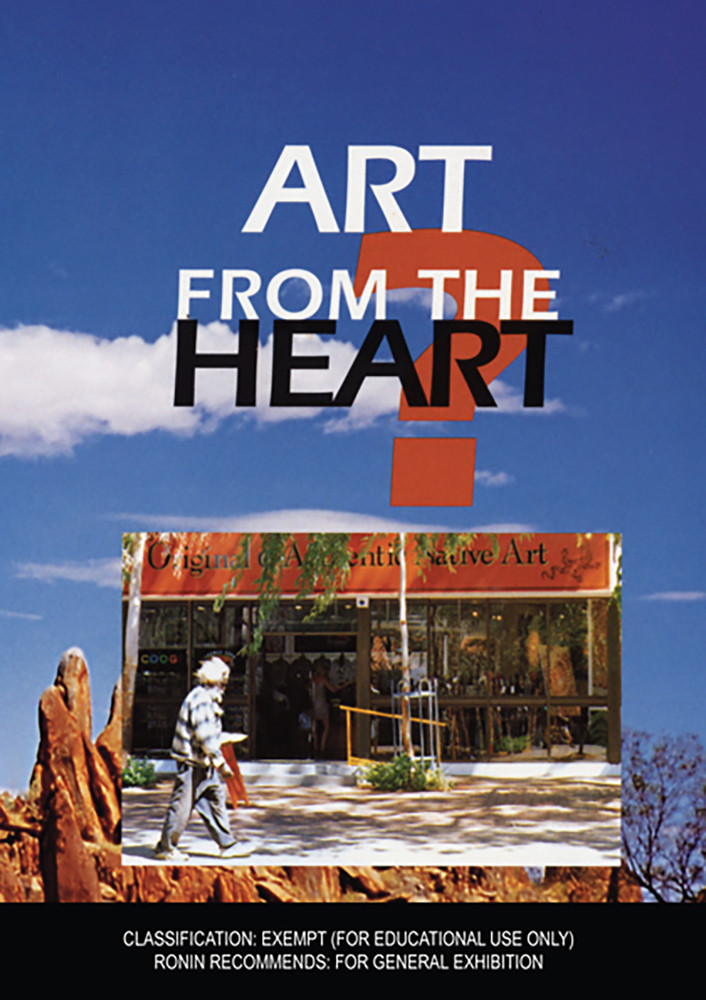 Art from the Heart

Art from the Heart asks whether Indigenous painting is still being painted from the heart, or if market forces have altered its spirit irrevocably.

The answers are varied and provided by a cast of Australia's leading Indigenous painters, including Queenie Mckenzie ('I make $12,000 in two days'), Gloria Petyarre ('Yes, some artists are painting for money, but so are white painters, same thing'), and Freddie Timms ('I made $100,000 last year'). Meanwhile, in the Alice Springs Mall, Clifford Possum is pressured into production by a coterie of 'hangers on' and Billy Stockman, whose 1972 work sells for $200,000 at auction is reduced to bumming a feed.

Have spiritual concerns been entirely replaced by financial concerns? Is it perhaps the fate of any art movement - Impressionism, Cubism, Surrealism - to lose intensity and for its original values to become distorted after a period of time? Certainly in the cities, the lure of the dollar has attracted its share of charlatans. But are unscrupulous dealers also failing to distinguish between fine art and the tourist product which could endanger the real Indigenous art's reputation and financial viability?

Art from the Heart (7-Day Rental)

Art from the Heart (30-Day Rental)

Art from the Heart (1-Year Rental)