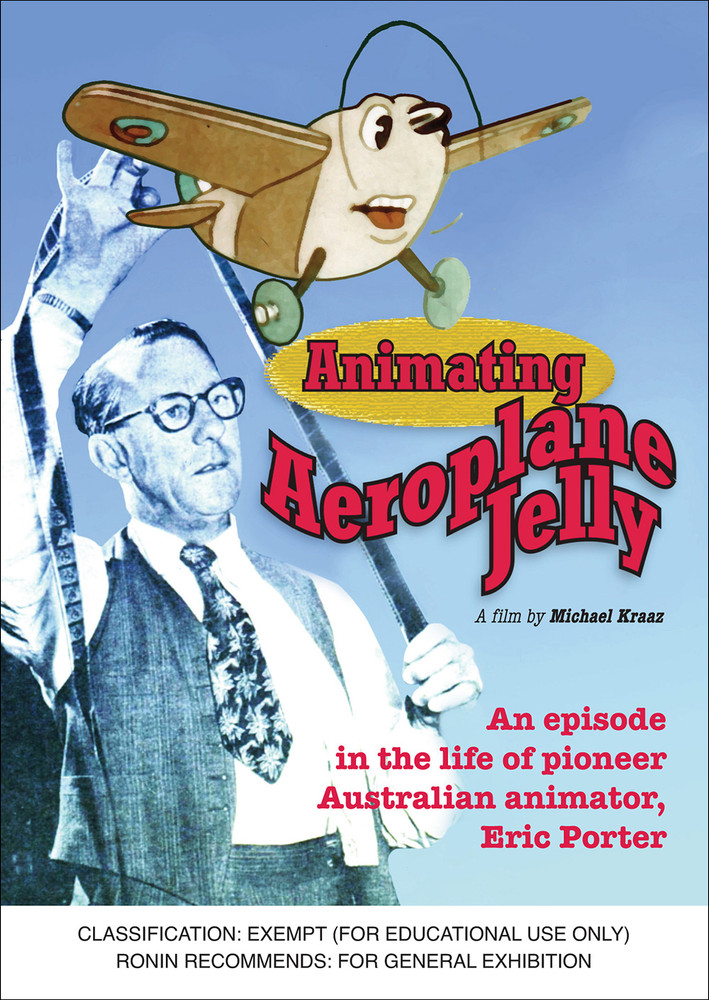 An episode in the life of pioneer Australian animator, Eric Porter, and his creation of one of the most iconic and enduring of Australian advertising images.

In the 1930s and 1940s, Eric Porter had established himself as an efficient and innovative all-rounder in the Australian film industry, making a living from sponsored work and cinema commercials. He branched out into producing and directing a dramatic feature film, A Son Is Born (1946) with Peter Finch and Ron Randell, and whenever he could he explored the possibilities of animation. As an animator, he was largely self-taught but there is evidence that he reached out to Disney for advice and received helpful replies.

In 1942, an opportunity arose that changed the course of his career. Through a casual conversation he found himself commissioned to make an animated cinema commercial for local entrepreneurs Bert Appleroth and Albert Lenertz who wanted new and exciting ways to promote their very successful Aeroplane Jelly, a brand of brightly packaged crystals that had attached itself to the current craze for aviation, and was famous for a catchy musical jingle to promote the jelly on radio. For the first time, Porter felt creatively free to develop an animation concept and style, and came up with a two-minute animated commercial called Bertie the Aeroplane. The film was such a success that, like the Aeroplane Jelly song, had a life of its own. It was followed by a second animated commercial, Bertie the Jet in 1954.

In making these two films, Porter was free to experiment with animation techniques and with colour, and the films led the way for his future work in animation, culminating with an animated feature, Marco Polo vs the Red Dragon in 1972, and in television programs. The films also were a vehicle for Porter’s own mischievous sense of humour.

The documentary includes interviews with Porter himself, his daughter Gaby Porter, and his animation collaborator, Cam Ford, as well as film historians Ray Edmondson and Andrew Pike. It also includes archival footage of Porter and his studio at work … and with delightful good humour, at play.

The film is a charming labour of love by animation enthusiast and documentary filmmaker, Michael Kraaz.

Gross History - Animating a Past