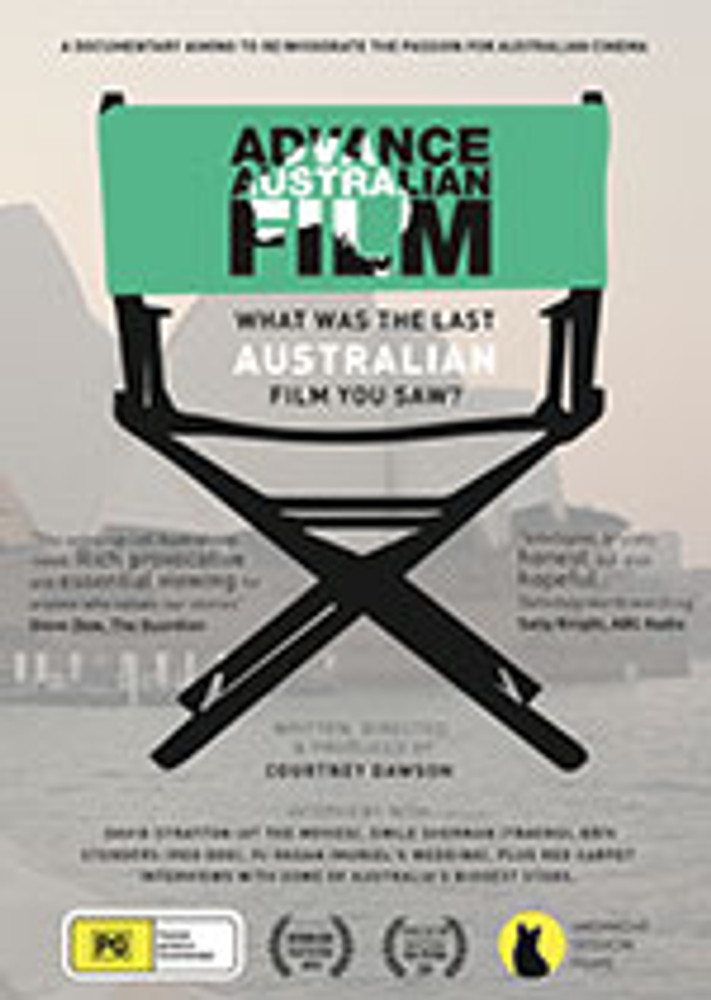 'Rich, provocative and essential viewing for anyone who values Australian stories.' – Steve Dow, The Guardian

'An important examination of the Australian film industry. Powerful and inspiring.' – Video & Filmmaker

'Advance Australian Film takes a brutally honest look into the complexities and challenges facing the industry. Featuring well-respected actors and industry professionals, the film accurately retells the history of film in Australia ... It's an intelligent, interesting and hopeful film. Definitely worth watching' – Sally Knight, ABC Radio

During the 1980s and 1990s, Australian Cinema was enjoying a peak of success with well-known, crowd-pleasing classics such as Crocodile Dundee (Peter Faiman, 1986), Strictly Ballroom (Baz Luhrmann, 1992), Muriel's Wedding (PJ Hogan, 1994) and The Adventures of Priscilla, Queen of the Desert (Stephan Elliott, 1994). But since then, the Australian film industry has been suffering from a steady decline. For the past decade, Australian films have consistently grossed under 5 per cent of annual box office revenues and are currently tracking a dismal 2 per cent share for 2014 – the second lowest figure since 1977.

Emerging independent filmmaker Courtney Dawson has experienced firsthand just how hard it is to get a film off the ground in Australia. Her documentary Advance Australian Film (2014) investigates the state of the industry and looks at why, year after year, around 80 per cent of Australian films will earn less than $1 million at the box office.

Courtney gives us informative facts and some hard-hitting answers that encourage hope for a new climate of optimism and reconnection with audiences. Recent co-productions such as The Great Gatsby, Wolverine and Unbroken are now captivating audiences, while crowdfunding, social media marketing and video-on-demand platforms are empowering filmmakers like never before and changing the ways movies are being produced and accessed.