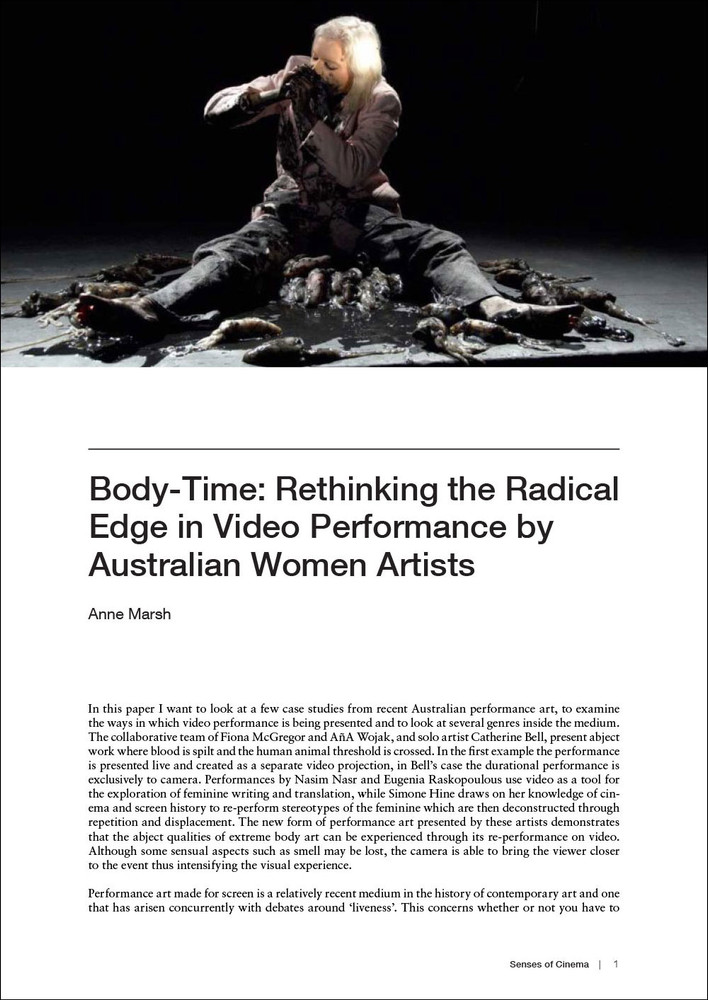 In this paper I want to look at a few case studies from recent Australian performance art, to examine the ways in which video performance is being presented and to look at several genres inside the medium. The collaborative team of Fiona McGregor and AñA Wojak, and solo artist Catherine Bell, present abject work where blood is spilt and the human animal threshold is crossed. In the first example the performance is presented live and created as a separate video projection, in Bell's case the durational performance is exclusively to camera. Performances by Nasim Nasr and Eugenia Raskopoulous use video as a tool for the exploration of feminine writing and translation, while Simone Hine draws on her knowledge of cinema and screen history to re-perform stereotypes of the feminine which are then deconstructed through repetition and displacement. The new form of performance art presented by these artists demonstrates that the abject qualities of extreme body art can be experienced through its re-performance on video. Although some sensual aspects such as smell may be lost, the camera is able to bring the viewer closer to the event thus intensifying the visual experience.