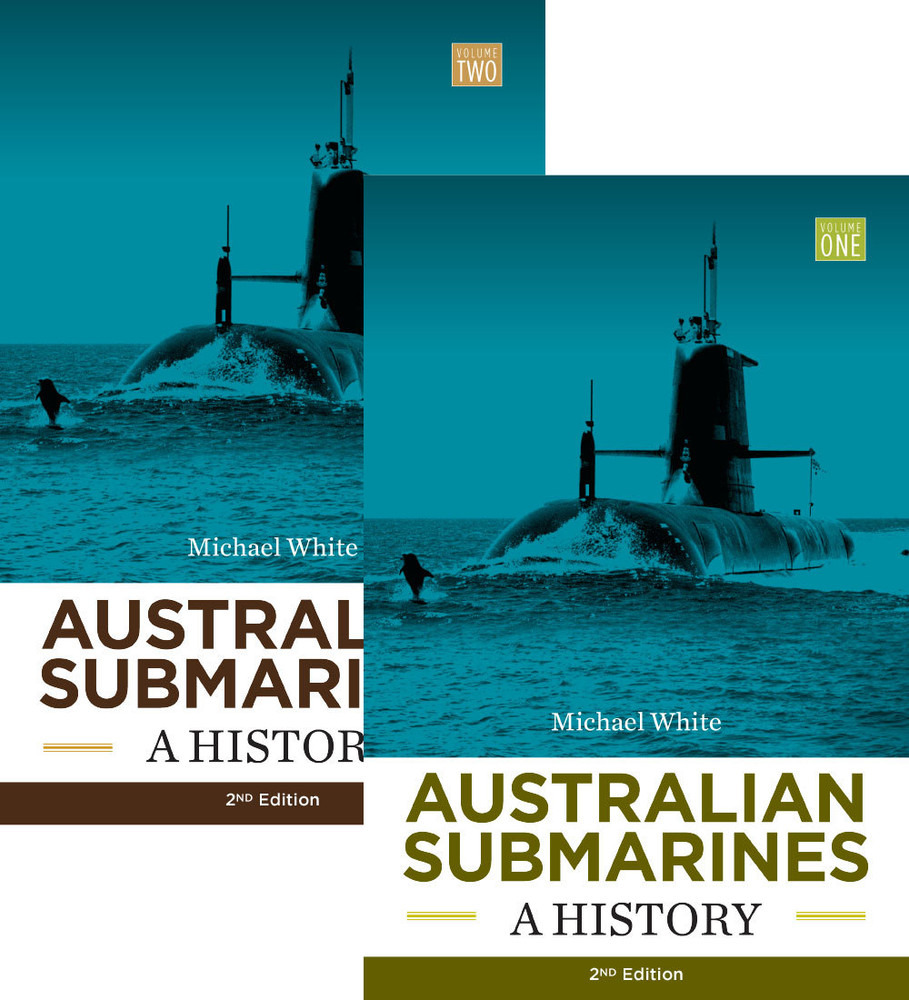 Michael White's second edition of Australian Submarines: A History builds on and brings up-to-date the work in his first edition. It commences with a discussion of the policy issues as to whether Australia needed submarines and then the decision to buy AE1 and AE2. It then goes through their coming to Australia, the tragic loss of AE1 in New Guinea on 14 September 1914 and the bravery and daring of the AE2 crew in penetrating the Dardanelles on Anzac Day in 1915.

The history then goes on to deal with the J-Class submarines that came to Australia in 1919, the first Oxley and Otway (which went to the RN in the Depression in 1931), and the fact that in World War Two, Australia had no submarines except for the Dutch K IX whose career ended with a battery explosion in 1944. Then the period of the RN Fourth Submarine Squadron based in Sydney is dealt with, including some of the happy memories of those who served in it.

The book sets out the story of the new RAN submarine arm from 1963. When Oxley (S 57) arrived in Neutral Bay, Sydney, in 1967, so began the new Australian era of submarines. The basic dates of the O Boats are outlined, along with the building and basic dates of the Collins class. The book deals with some of the issues about the intelligence patrols, about the Future Submarine and also records the numerous plaques, services, memorials and museums in Australia and overseas dedicated to Australian submarines and Australian and New Zealand submariners. There is a detailed chapter on special submarine craft such as the X-Craft in which some of the submarine heroes like Max Sheean, Henty Henty-Creer and Ken Briggs served, and in some cases died.

The appendices to this book are numerous and detailed by a strong team from around the world, including Garry Mellon, Barrie Downer and Pat Heffernan. Numerous photographs have been collected and included in the book to fit in with the text from Darren Brown and others. The appendices also list all Australian submariners who have qualified and served up until mid-2014, including those who have died.

This book is the repository of an enormous amount of information about Australian submarines and Australian and New Zealand submariners, and will be the reference book relied on for facts, names and information for many years to come.

Towards a Contemporary History of Australian Documentary