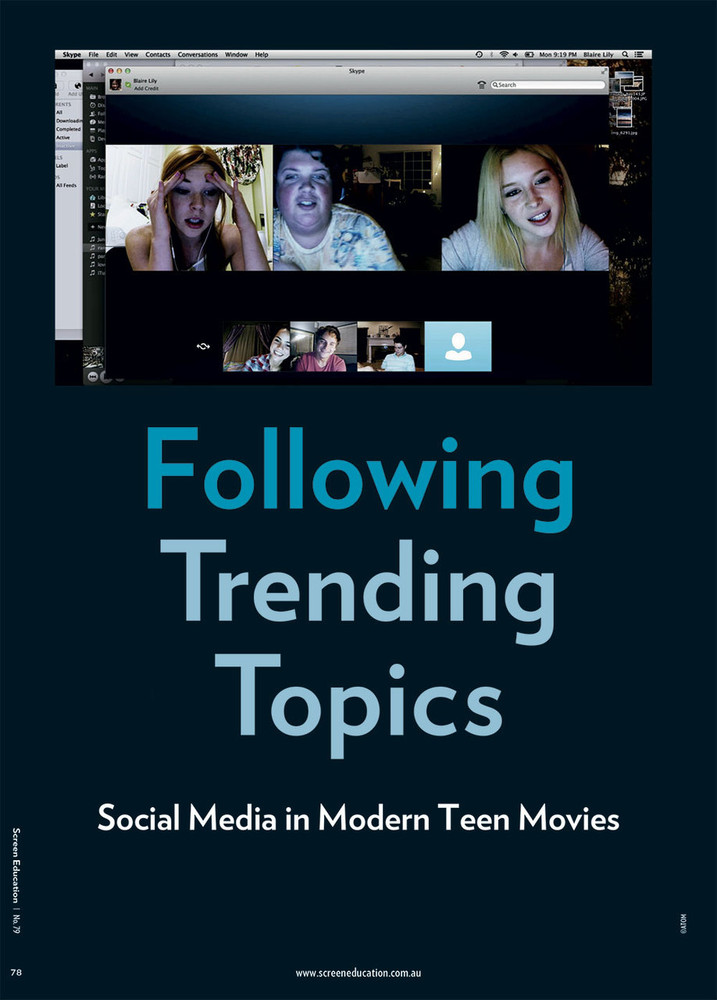 Social media is ubiquitous in the lives of teenagers, especially in the first world, so why have teen movies been so slow to reflect this? David Crewe looks at some recent films that attempt to present realistic depictions of teens and technology _ overtly or otherwise _ and considers how they can prompt useful classroom discussion about representation and the role of social networks in our own lives.

Tweet All About It: Social Media and the News Revolution

Playing at Being Social: A Case Study of Social Media and Online Games in Shanghai

Through the Wringer: Teaching Social Values with Print Media

Viewfinder: An Introduction to Movies and Visual Media in the Digital Age

Peer to Peer: Helping Teens Navigate Friendship in the Age of Social Media