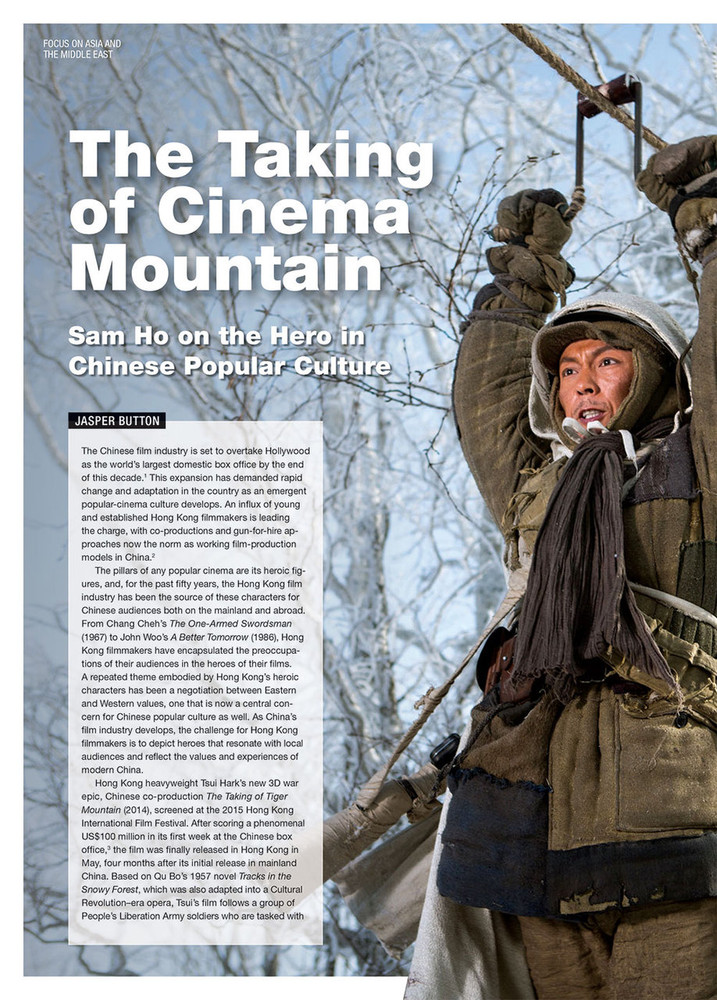 The Taking of Cinema Mountain: Sam Ho on the Hero in Chinese Popular Culture

The Chinese film industry is set to overtake Hollywood as the world's largest domestic box office by the end of this decade, and Hong Kong filmmakers are leading the charge, with co-productions and gun-for-hire approaches now the norm in China. A repeated theme in Hong Kong's heroic characters has been a negotiation between Eastern and Western values – now a central concern for Chinese popular culture as well. Jasper Button speaks to Sam Ho, film critic and former curator of the Hong Kong Film Archive, about Hong Kong's past, China's present, and what the modern Chinese action hero might look like in popular culture.