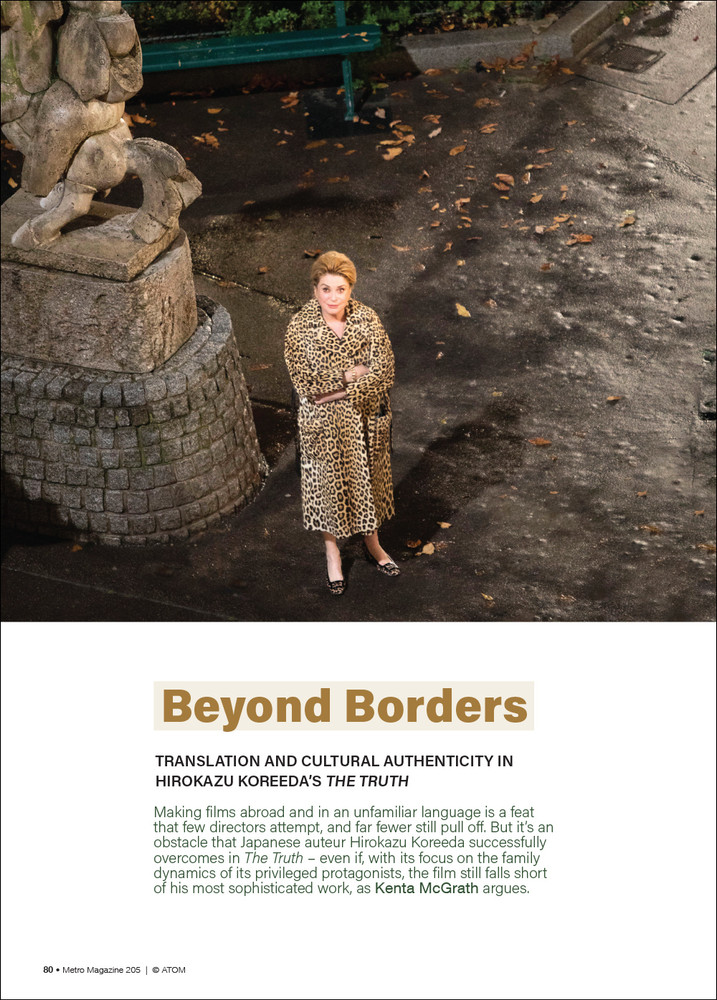 Beyond Borders: Translation and Cultural Authenticity in Hirokazu Koreeda's 'The Truth'

Making films abroad and in an unfamiliar language is a feat that few directors attempt, and far fewer still pull off. But it's an obstacle that Japanese auteur Hirokazu Koreeda successfully overcomes in The Truth – even if, with its focus on the family dynamics of its privileged protagonists, the film still falls short of his most sophisticated work, as Kenta McGrath argues.

Even Deeper than the Sea: Hirokazu Koreeda's 'After the Storm'

Communal Complicity: Family and Fairness in Hirokazu Koreeda's 'Shoplifters' and 'The Blind Murder'