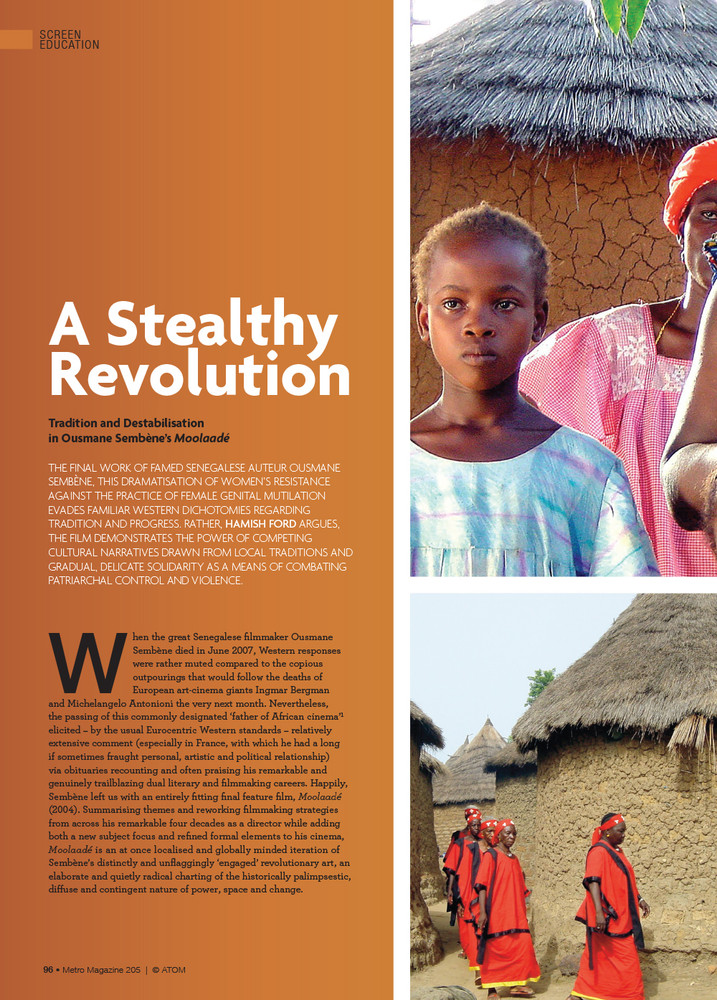 A Stealthy Revolution: Tradition and Destabilisation in Ousmane Sembene's 'Moolaade'

The final work of famed Senegalese auteur Ousmane Sembène, this dramatisation of women's resistance against the practice of female genital mutilation evades familiar Western dichotomies regarding tradition and progress. Rather, Hamish Ford argues, the film demonstrates the power of competing cultural narratives drawn from local traditions and gradual, delicate solidarity as a means of combating patriarchal control and violence.

Theology from the Great Tradition