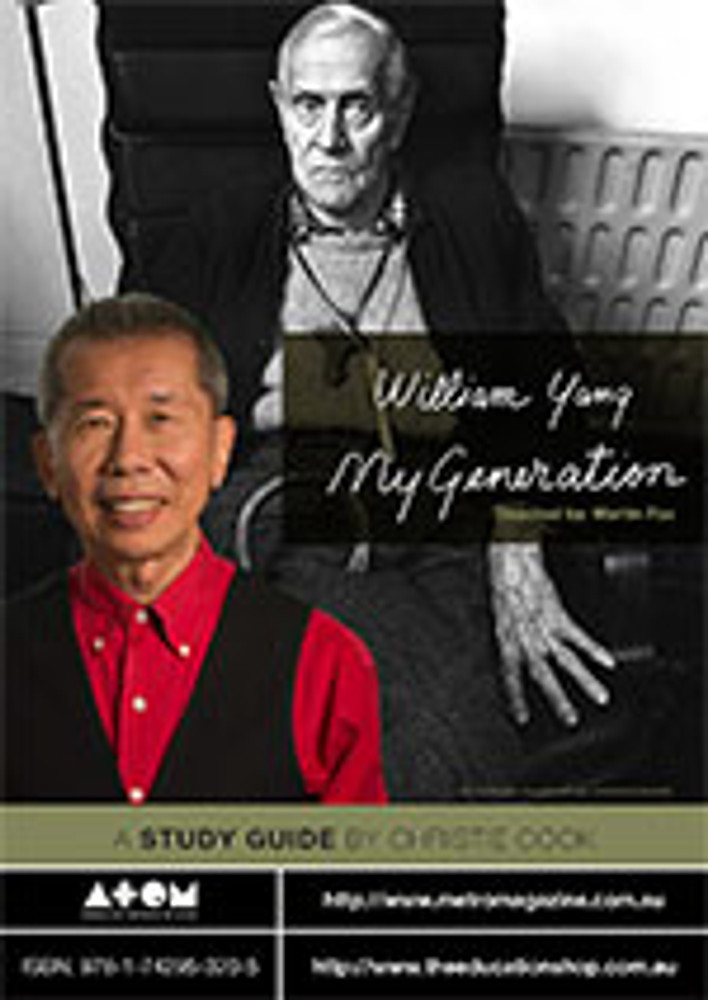 William Yang found a role as a documentary photographer of the emerging artistic, literary, theatrical and queer circles in the 1970s and 1980s, capturing his friendships with artists such as Brett Whiteley, Nobel Prize–winning author Patrick White, and fashion designers Linda Jackson and Jenny Kee. He is also known for his works on family and on heritage. William has become very well-known for his revealing live 'slideshow performances'.

Now William has adapted this original performance into this intimate, one-hour documentary in his frank, humorously deadpan performance style, telling the stories behind his fly-on-the-wall photographs. He narrates a slideshow of his photographs, depicting an era that was 'especially decadent ... there were many colourful characters and parties were so much fun. It was in the days following women's liberation, sexual liberation and gay and lesbian liberation so it was a time of great change. '

Through the lens of his dynamic friendships, William documents the impact of the AIDS crisis, the outrageous fashion, the drug and party culture and the bohemian social scene.

Nothing was off-limits; Wililam was always where the action was.

This film may be suitable for senior students studying Visual Arts, English or Drama.