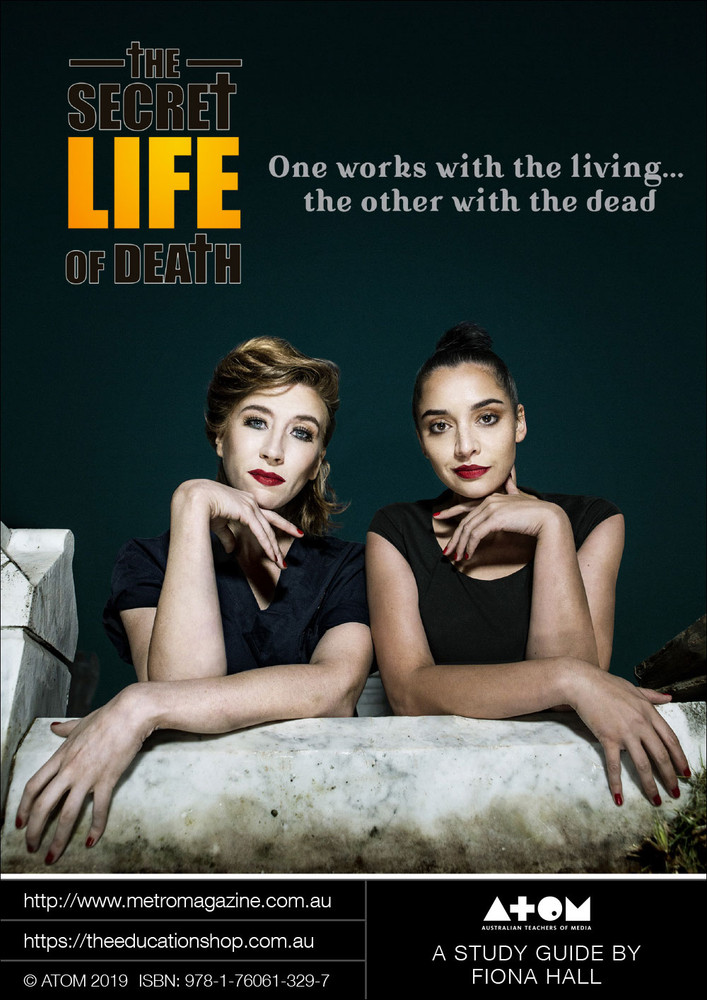 The Secret Life of Death opens a rare window inside one of the oldest family-run funeral homes in Australia, Walter Carter Funerals, which has been based in Bondi Junction since the 1880s.

Told through the eyes of two of its youngest and most recent recruits - Jasmine Cameron, a funeral director, and Amber Coote, the mortuary manager - it lifts the lid on one of the last great taboos: death. But it's also about love for these two sassy female funeral workers - Amber's partner passed away recently while Jasmine moonlights at a comedy club. As we see them in action, we're behind the scenes at multicultural funerals laden with colourful rites and rituals and on the inside as a terminally-ill woman arranges her own extravagant funeral, a very rare occurrence in Australia.

It's life and death all wrapped up in an emotional bow ... until their boss, Dale Maroney, a fifth-generation descendant of Walter Carter, drops a bombshell. Dale is in a battle for survival, both professional and personal, and we have an all-access pass while she undergoes a double mastectomy and we are a fly on the wall as she engages in a joint venture with Olsen's Funerals, another family-run company, in a bid to avoid being gobbled up by the McDonalds of the funeral industry.

The Secret Life of Death can be linked to the following subject areas within the Australian National Curriculum:

The Secret Life of Death can also be used as a supplementary text for the following senior school subjects:

Note: There is occasional coarse language, and images that some students may find disturbing in The Secret Life of Death. In addition, some students may not be open to talking about death and/or may have experienced the death of a loved one. As such, teacher discretion is advised.