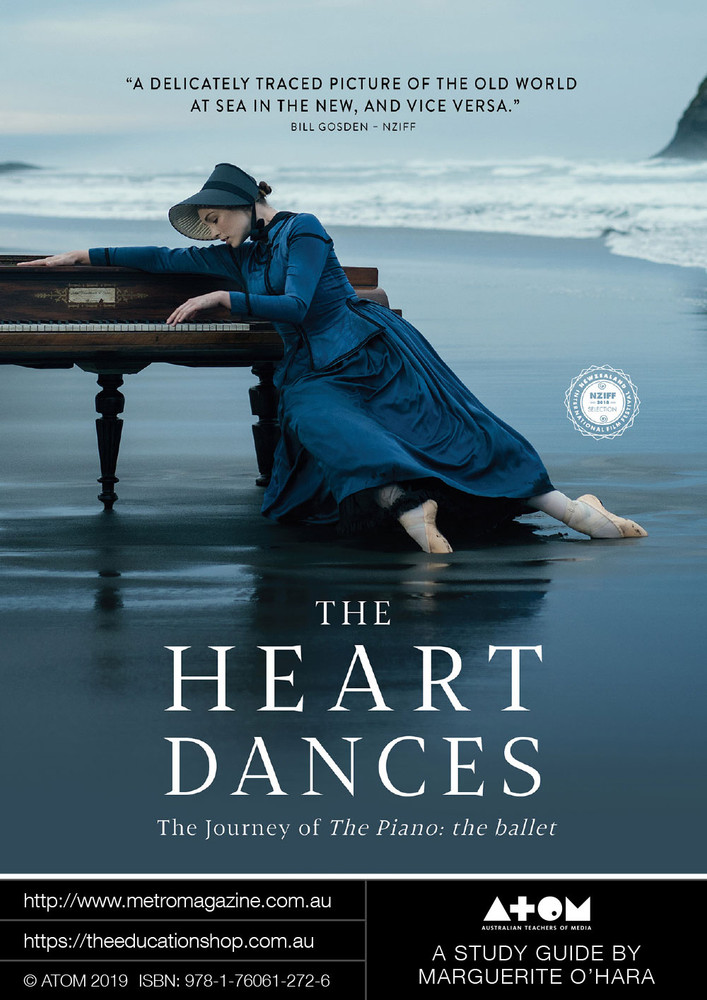 Heart Dances: The Journey of The Piano: the ballet, The (ATOM Study Guide)

When Czech choreographer Jiří Bubeníček and his stage designer brother Otto arrive in New Zealand to re-stage an extended version of their work The Piano: the ballet for the Royal New Zealand Ballet, the stage is set for a voyage into uncharted territory for everyone involved. The twins, both former Principal Dancers, are now sought-after by Europe's most eminent ballet companies for their choreography and staging, but they are unaware that in New Zealand their work raises questions of cultural appropriation.

Over the coming weeks, the brothers must work together with Māori cultural advisor Moss Te Ururangi Patterson to adapt the work for a New Zealand context, the very process challenging concepts of freedom of expression so important to them both. Meanwhile the dancers responsible for delivering the ballet face challenges of a different kind as they come to terms with the famous characters of Ada, Stewart and Baines and the love triangle they are caught up in. They also discover that retelling this story raises questions – in their case about interpersonal rather than intercultural relationships.

As the premiere date approaches, and the company works behind the scenes to bring the many elements of this memorable story together, aspects of the film that inspired the ballet continue to be played out – old world versus new, new relationships, new challenges, new understandings – while Jiří and Otto discover the responsibilities of storytelling in dance are more complex than they imagined.

The Heart Dances is a documentary film tracking the creation of the Royal New Zealand Ballet's production of The Piano: the ballet. It runs for ninety-eight minutes.

It would be best suited to senior secondary and tertiary students studying and developing their skills in the areas of dance and the creative arts.

However, the appeal of this film is much broader and would also engage students from Years 10 to 12 involved in creative arts in many areas, including ballet and any form of theatrical performance. The film reveals a great deal about the roles of choreographers, set designers, musicians and costume designers – as well as dancers – in creating and staging a performance. It is a revealing study of collaborative work in staging a public performance.

While working on a ballet production has its own special demands, most staged and filmed performances, including musicals, operas, plays and contemporary dance productions, need the skills and experience of writers, directors, designers, musicians, stage designers, special effects artists, stylists and all those other backstage people who create the magic of theatre, ballet and film, creating a world the audience can believe in as absolutely authentic.

Heart Dances: The Journey of 'The Piano: The Ballet', The (NTSC)

Heart Dances: The Journey of 'The Piano: The Ballet', The (7-Day Rental)

Heart Dances: The Journey of 'The Piano: The Ballet', The (30-Day Rental)

Heart Dances: The Journey of 'The Piano: The Ballet', The (1-Year Rental)

Heart Dances: The Journey of 'The Piano: The Ballet', The (Lifetime Access)