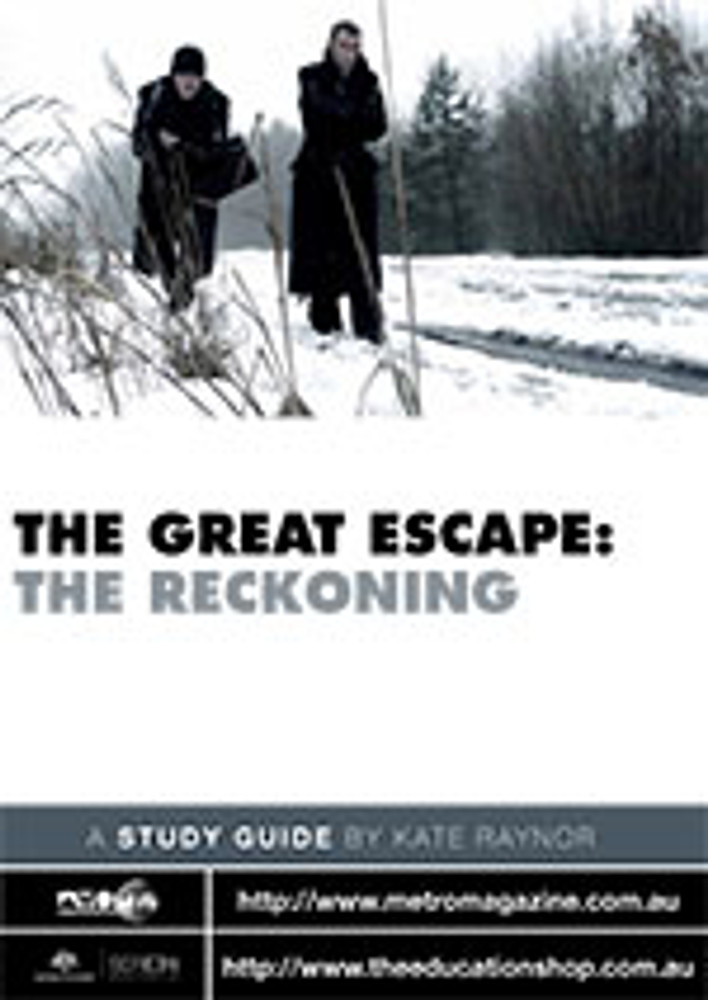 In March 1944, seventy-six Allied airmen broke out of Stalag Luft III, a prison camp in the heart of Nazi Germany. Their story was made famous by the Hollywood feature film, The Great Escape starring Steve McQueen, (John Sturges, 1963).

Only three 'great escapers' made it back to England. The remaining seventy-three were recaptured and of them, fifty were murdered by the German secret police, the notorious Gestapo. It was a flagrant breach of the Geneva Convention's articles of war protecting prisoners and drew an emphatic response from the British and Australian governments. As soon as the war ended, a special team of Royal Air Force (RAF) Police, headed by RAF Squadron Leader Frank McKenna, was despatched to Germany to find the men responsible and deliver 'exemplary justice'.

The Great Escape: The Reckoning follows McKenna's dogged investigation of a war crime of staggering complexity. The Great Escapers were murdered in isolated killing fields hundreds of miles apart. And although more than one hundred Gestapo agents were implicated in the crime, the social and political chaos of postwar Germany provided an ideal place for them to hide. The investigation ran for more than two years and McKenna travelled thousands of miles before all the culprits were accounted for. The experience exposed him to the full horror of the Nazi regime and nearly cost him his life.

Through dramatic recreation and interviews with surviving prisoners from Stalag Luft III, The Great Escape: The Reckoning reveals the courage and audacity of the escape and the indiscriminate brutality meted out to the prisoners who were recaptured. Great Escape historians Charles Rollings and Adrian Gilbert reflect on the importance of the Great Escape to the Allied war effort. RAF Police historian Steve Davies details McKenna's methodical detective work as he tracked down the Gestapo officers involved in the murders. And in a remarkably poignant interview, 73-year-old Ingeborg Reinhardt remembers her beloved father Emil Schulz, one of thirteen Gestapo found guilty of the Great Escape murders and hanged. Sixty-five years after the event, she still mourns his death.

Filmed in Zagan, Poland and Perth, Western Australia, The Great Escape: The Reckoning is a compelling detective story set in a war-torn landscape where law and morality have become the site of daily struggle.