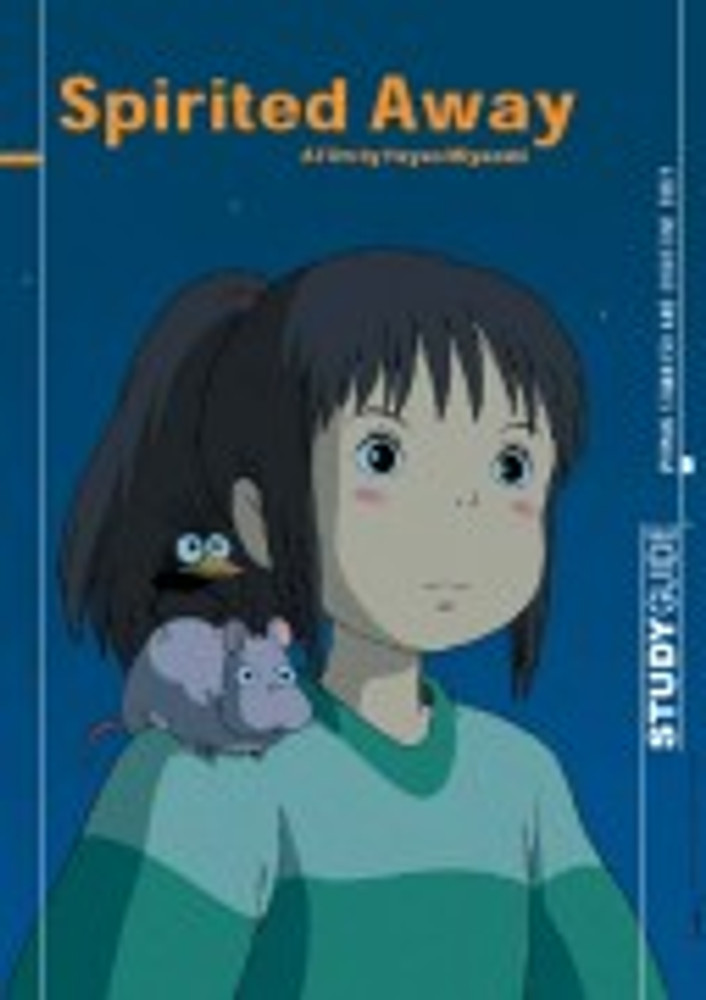 This study guide to accompany the Japanese anime Spirited Away, has been written for students from years five to eight.(ages ten to fourteen) It provides information and suggestions for learning activities across the Key Learning Areas of the Arts, English, SOSE, Science and Mathematics. Spirited Away has a multi-layered narrative and will be understood in a variety of ways depending upon the ages and cultural backgrounds of viewers, their previous experiences, especially with anima and manga, and their beliefs and values.

About the film:
Chihiro is a wilful, headstrong girl who thinks everyone should fit with her ideas and meet her needs. When her parents Akio and Yugo tell her they are moving house, Chihiro is furious. As they leave, she clings to the traces of her old life. Arriving at the end of a mysterious cul-de-sac, the family is confronted by a large red building with an endless gaping tunnel that looks very much like a gigantic mouth. Reluctantly Chihiro follows her parents into the tunnel.

The family discover a ghostly town and come across a sumptuous banquet. Akio and Yugo begin eating more and more greedily. Before Chihiro's eyes her parents are transformed into pigs! Unknowingly they have strayed into a world inhabited by ancient gods and magical beings, ruled over by Yubaba, a demonic sorceress. Yubaba tells Chihiro that newcomers are turned into animals before being killed and eaten. Luckily for Chihiro she mets Haku who tells her that she can escape this fate by making herself useful. Chihiro renounces her self-centredness and laziness and begins a journey of self-discovery.

Spirited Away is an adventure film that is full of action but without violence. Many of the problems encountered by characters in the film are dealt with using resourcefulness and humour. The film cleverly explores important questions through fantasy, using a mix of modern and traditional ideas.

'Spirited Away': A Film by Hayao Miyazaki (Study Guide)