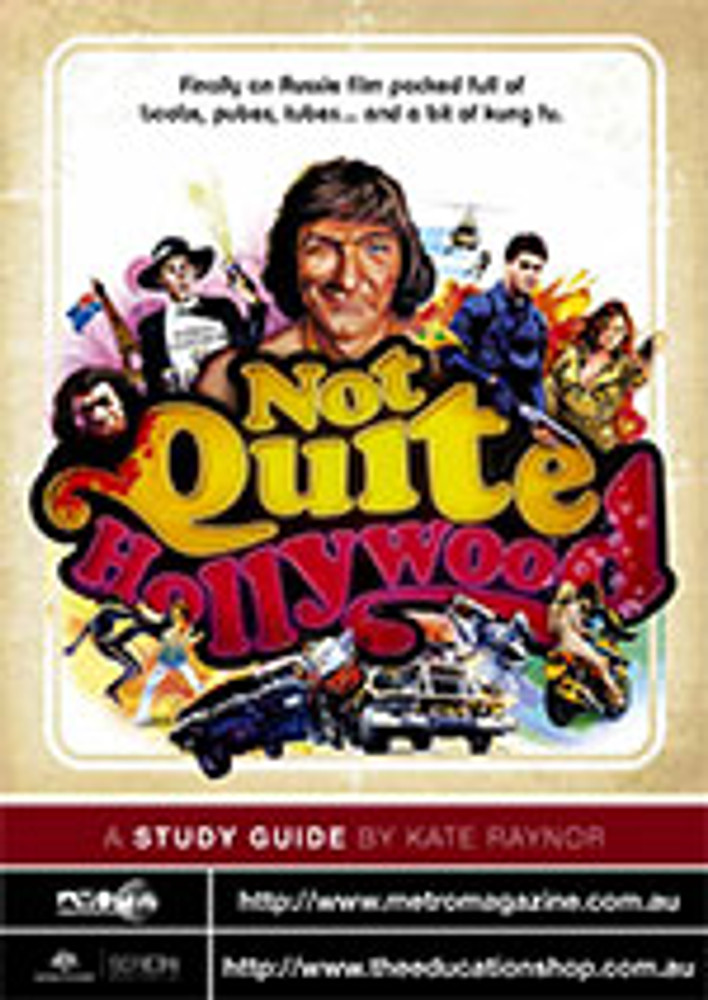 Not Quite Hollywood (ATOM Study Guide)

Mark Hartley's feature-length documentary, Not Quite Hollywood (2008) tells the wildly entertaining story of Australian exploitation cinema from the 1970s and 1980s. The highly acclaimed New Wave films of this period such as Breaker Morant (Bruce Beresford, 1980) and My Brilliant Career (Gillian Armstrong, 1979) are deservedly considered classics. But that respectable canon is nowhere to be found here; instead, the focus is on the so-called 'Ozploitation pics', trash cinema full of sex, violence, horror and foot-to-the floor action, shot by renegade, maverick filmmakers who gleefully broke all the rules. Not Quite Hollywood's tone is irreverent, exuberant and enthusiastic. It is full of the joy of filmmaking, lurching headlong from one outrageous anecdote to the next, coupling footage from more than eighty films, with trailers, film stills, poster art and captivating interview material with all of the key figures of the time. Talking heads include: Brian Trenchard-Smith, John Lamond, Bob Ellis, George Miller, Philip Adams, Bruce Beresford, Fred Schepisi, John Seale, Graeme Blundell, Barry Humphries and the madly excitable Quentin Tarantino. The social context of the time is lightly touched on and could perhaps be explored in greater depth in the classroom. As far as the film industry is concerned, the crucial turning point occurred in 1971, when the R-certificate was introduced and Australia's censorship regime went from repressive to progressive virtually overnight. Filmmakers such as Tim Burstall shrugged off the shackles of the staid, conservative dominant culture and brought Alvin Purple, Barry McKenzie and Stork to our screens. I defy even the most cynical teenage student not to be entertained and engaged by the smut, splatter and thrills that ensued!

Not Quite Hollywood is a valuable addition to any secondary school film course, giving us the first detailed examination of Australian genre cinema from the 1970s and '80s and featuring many overlooked and neglected films. It provides an opportunity to expand students' conception of our film history and heritage; and to hone skills in critical cultural analysis. It also raises fascinating and important questions about taste, class and cultural identity. The film could be used in senior secondary Media, Film or Cultural Studies. Teachers are advised the rating is MA 15+. Unsurprisingly, given the topic, the film contains lavish amounts of nudity, sex, violence and coarse language. Parental consent forms may be required, depending on the context.

Ozploitation Revisited: Not Quite Hollywood