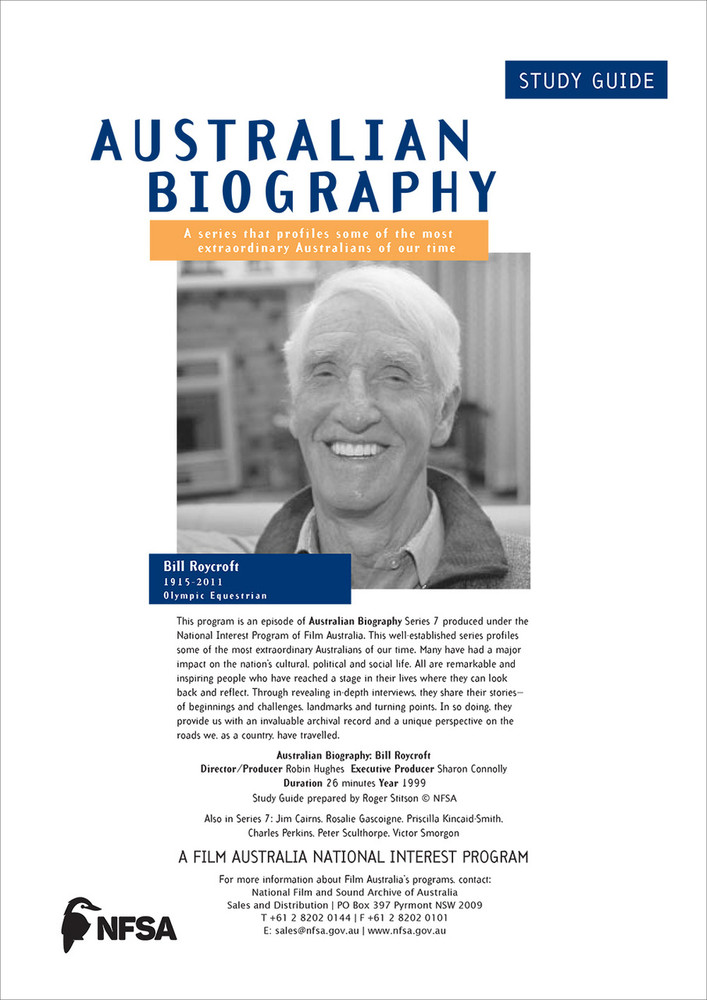 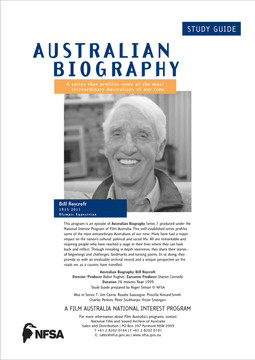 Bill Roycroft is one of the world’s most successful and best-loved equestrians. He developed his superb horseriding skills as a boy growing up in a poor farming family in rural Victoria and by coming of age as a farm worker in the tough conditions of the Great Depression. After serving in the Second World War, he became a soldier settler with a young wife and family. These early struggles prevented Bill from pursuing his dream, and it wasn’t until 1960 that he competed in his first Olympics. At the age of 45, he went to Rome as a member of the Australian equestrian team, and with one ride created an Olympic legend. After a fall that left him with bad concussion, a broken collarbone and severe bruising, Roycroft climbed back on his horse and, to everyone’s astonishment, finished the course before being rushed to hospital. The very next day, he defied doctors' orders and rode a perfect final round in the event, knowing this was necessary to secure a gold medal for the Australian team. Roycroft went on to compete in four more Olympics and was winning events well into his 60s. His sons and daughter-in-law have followed his lead and the Roycroft family has featured strongly in the international world of horseriding. Bill Roycroft is a wonderful example of a type of Australian who may well be disappearing. In the tradition of the Man from Snowy River and other Australian rural heroes, his courage, loyalty, laconic bush humour and, above all, his capacity to endure, are well displayed in this enthralling portrait of a great Australian horseman.

This program will have interest and relevance for teachers and students at middle to senior secondary and tertiary levels. Curriculum links include English, Physical Education, Sport and Leisure.