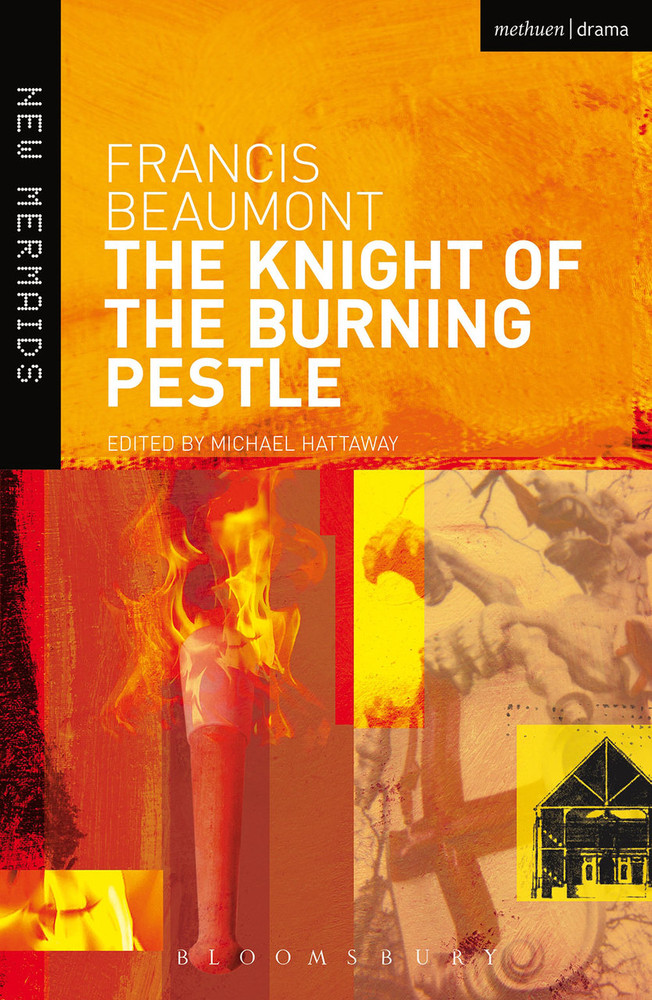 Francis Beaumont: The Knight of the Burning Pestle

So exclaims the Grocer's wife who, with her husband and servants, is attending one of the London's elite playhouses where a theatre company has just begun to perform. Peeved at the fact that all the plays they see are satires on the lives and values of London's citizenry, the Grocer and his wife interrupt and demand a play that instead contains chivalric quests and courtly love. What's more, they nominate their apprentice Rafe to take on the hero's role of the knight in this entirely new play.

The author, Francis Beaumont, ends up not just satirising the grocers' naive taste for romance but parodying his own example of citizen comedy. This play-within-a-play becomes a pastiche of contemporary plays that scorned those who were not courtiers or at least gentlemen or ladies. Like Cervantes in Don Quixote, Beaumont exposes the folly of those that take representations for realities, but also celebrates their idealism and love of adventure.

The editor, Michael Hattaway, is editor of plays by Shakespeare and Jonson as well as of several volumes of critical essays, and author of Elizabethan Popular Theatre, Hamlet: The Critics Debate, and Renaissance and Reformations: An Introduction to Early Modern English Literature. He is Professor Emeritus of English Literature in the University of Sheffield.