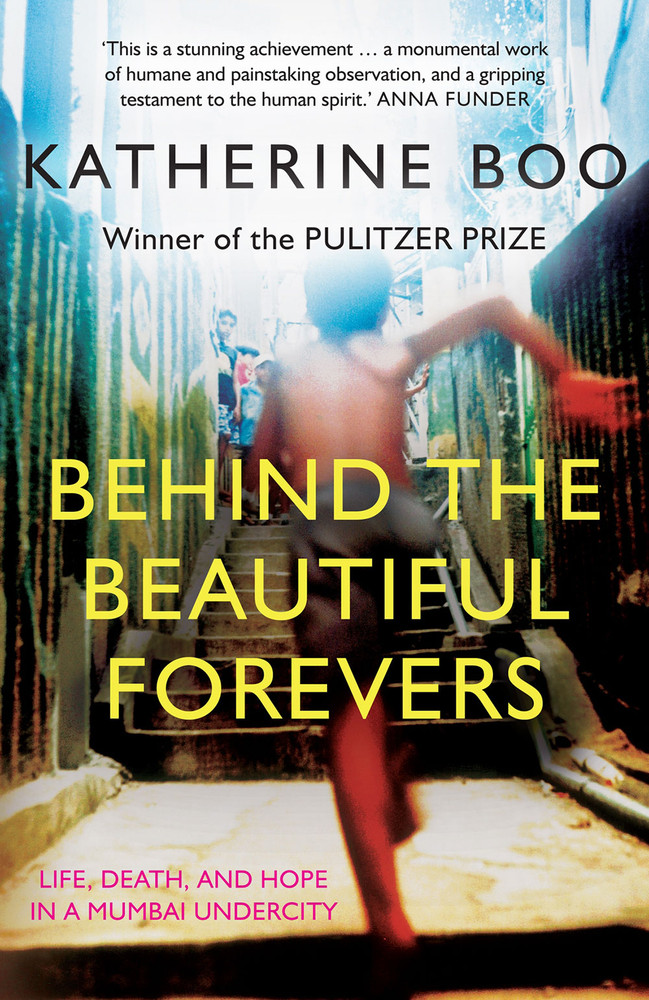 Behind the Beautiful Forevers: Life, Death, and Hope in a Mumbai Undercity

From Pulitzer Prize winner Katherine Boo comes a landmark work of narrative nonfiction that tells the dramatic and sometimes heartbreaking story of families striving toward a better life in one of the world's most lively but treacherous cities.

Annawadi is a makeshift settlement in the shadow of luxury hotels near the Mumbai airport. As India starts to prosper, Annawadians are electric with hope. Abdul, a reflective and enterprising Muslim teenager, sees 'a fortune beyond counting' in the recyclable garbage that richer people throw away. Asha, a woman of formidable wit and deep scars from a childhood spent in rural poverty, has identified and alternative route to the middle class – political corruption.

With a little luck, her sensitive, beautiful daughter – Annawadi's 'most-everything girl' – will soon become its first female college graduate. And even the poorest Annawadians, such as Kalu, a fifteen-year-old scrap-metal thief, believe themselves to be inching closer to the good lives and good times they call 'the full enjoy'. But then Abdul the garbage sorter is falsely accused in a shocking tragedy; terror and a global recession rock the city; and suppressed tensions over religion, caste, sex, power and economic envy turn brutal. As the tenderest individual hopes intersect with the greatest global truths, the contours of a competitive age are revealed. And so, too, are the imaginations and courage of the people of Annawadi.

With intelligence, humour and deep insight into what connects human beings in an era of tumultuous change, Behind the Beautiful Forevers carries the reader headlong into one of the twenty-first century's hidden worlds, and into the lives of people impossible to forget.

'It might surprise you how completely enjoyable this book is, as rich and beautifully written as a novel. In the hierarchy of long-form reporting, Katherine Boo is right up there.' – David Sedaris

'This book blew me away … One of the most powerful indictments of economic inequality I've ever read.' – Barabara Ehrenreich, author of Nickel and Dimed

'The best book yet written on contemporary India, and the best work of narrative non-fiction I've read in 25 years.' – Ramachandra Guha, author of India After Gandhi

Behind the Illusion: Death Defying Acts

Behind Closed Doors: Josh Lawson on The Little Death

Behind the Beautiful Forevers: Life, Death and Hope in a Mumbai Undercity (VATE Inside Stories)

Behind the Beautiful Forevers (Text Guide)