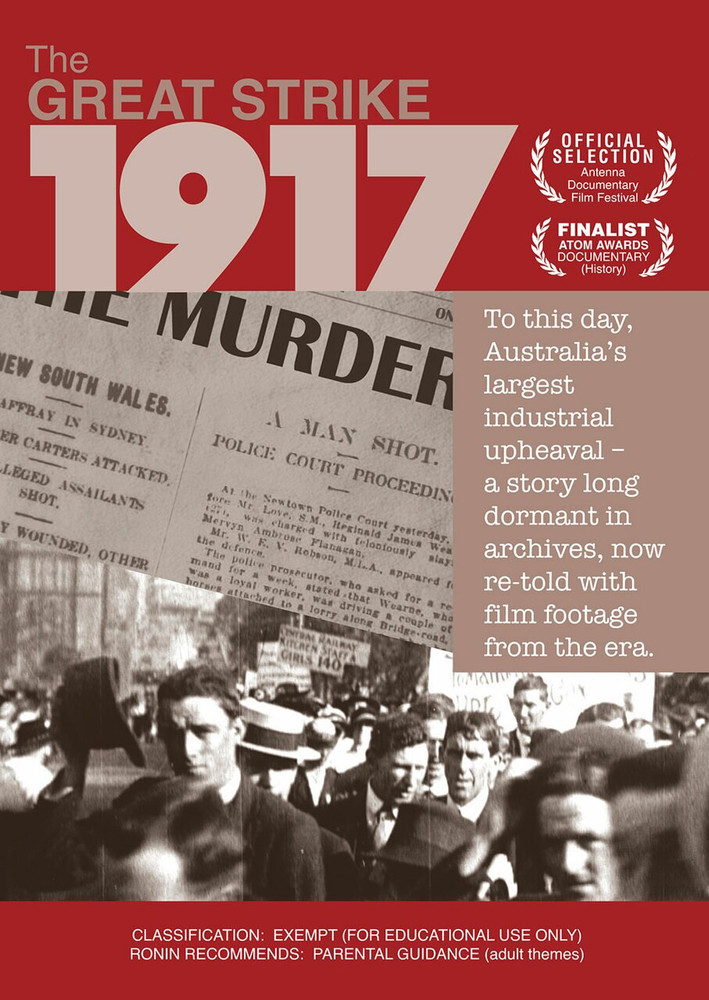 The Great Strike 1917 (Amanda King, 2019) is a 70-minute documentary film about the largely forgotten most serious industrial upheaval that occurred at home in Australia during World War 1. Thousands of men and women stopped work; the State Government recruited volunteers to break the strike, allowing some to carry weapons; trade unions were deregistered and some of their leaders were charged with criminal offences.

It was a time of violent emotions and government and police action against workers, their families and supporters, as well as individual acts of violence by and against strikers. A striker was shot and killed. A filmmaker had his film censored and embargoed. It was Sydney, 1917. The stoppage became the biggest and longest lasting industrial upheaval Australia had seen or has seen since.

At its height the strike stopped coastal shipping, mining, the handling of cargo on wharves, and transport. It involved nearly one hundred thousand workers in Australia’s eastern states, and thousands more sympathisers. Despite being a crushing defeat at the time for the strikers, it had lasting consequences for the Australian labour movement. It was over 100 years ago, but personal stories rarely spoken about still filter through, illustrating the trauma as well as some positive legacies of the event, which still strongly resonate today.

The Great Strike 1917 is suitable for students studying in the following areas:

ATOM has produced a study guide for The Great Strike 1917, available here.