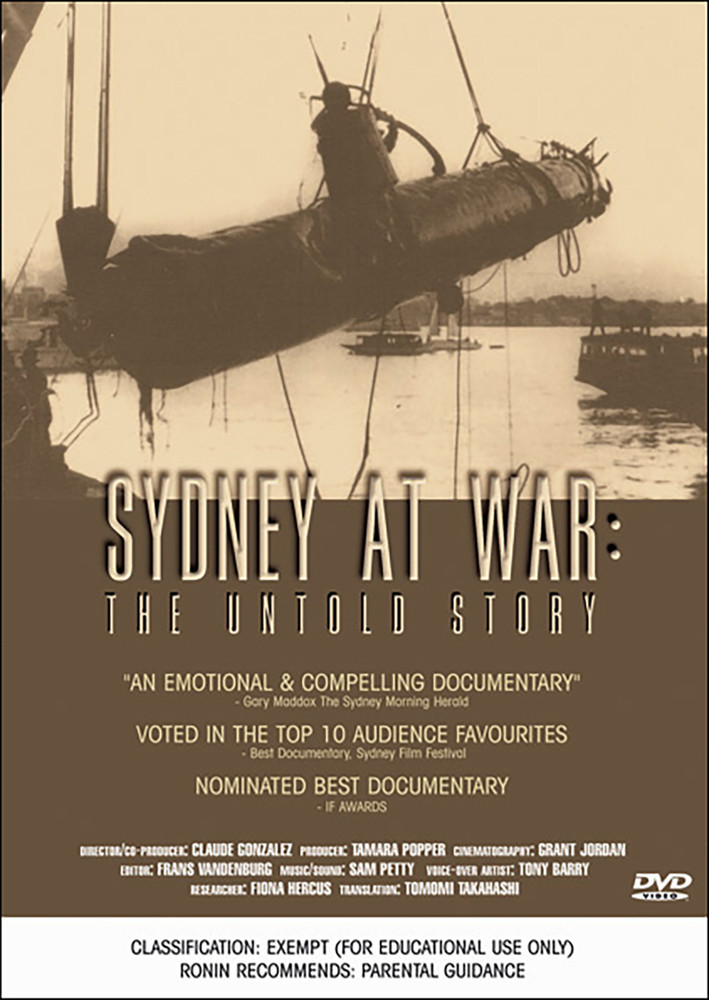 At midnight on Sunday 31 May 1942, three Japanese midget submarines broke through Sydney Harbour's defences and launched a surprise attack on an ill-prepared city. During that night of confusion and violence, twenty-one Australian and six Japanese service personnel lost their lives. Sydney at War recounts the events of that fateful night.

Director Claude Gonzalez had always been interested in Sydney folklore and this particular story from Sydney's recent past had never, he believed, been fully explored. 'Over the years I'd seen a lot of news reports about the incident but it wasn't until I actually met one of the survivors from the Kuttabul, Neil Roberts, that my interest was sparked.'

Sydney at War interviews remaining survivors of the mission – both Australian and Japanese – as well as family members of the Japanese submariners. The film also uses archival footage to recall the events of that night.

In Japan the subject of war is taboo. Rarely do films dealing with these issues have the opportunity to present the other side of the story and over the last sixty-three years, no one has filmed or presented the Japanese perspective of the attack.

Gonzalez draws out stories from the interviewees as to what their involvement was on that night. He was struck by how much this event meant to them at the time and how it has stayed with them over the years. 'They had all taken part in an event that at the time was quickly swept under the carpet but they were left with strong feelings that have never been resolved.'

One of the little known incidences that occurred after the attack was the funeral of the dead Japanese submariners on Tuesday 9 June 1941. The Australian military at the time wanted to create an act of goodwill that would possibly give Australian POWs some leniency with their captors in Changi and Burma. Today, some of the Japanese servicemen regard Australia as a very compassionate nation that showed great respect to their war dead at a time when that sort of act was unthinkable.

Sydney at War is available to purchase on DVD here.