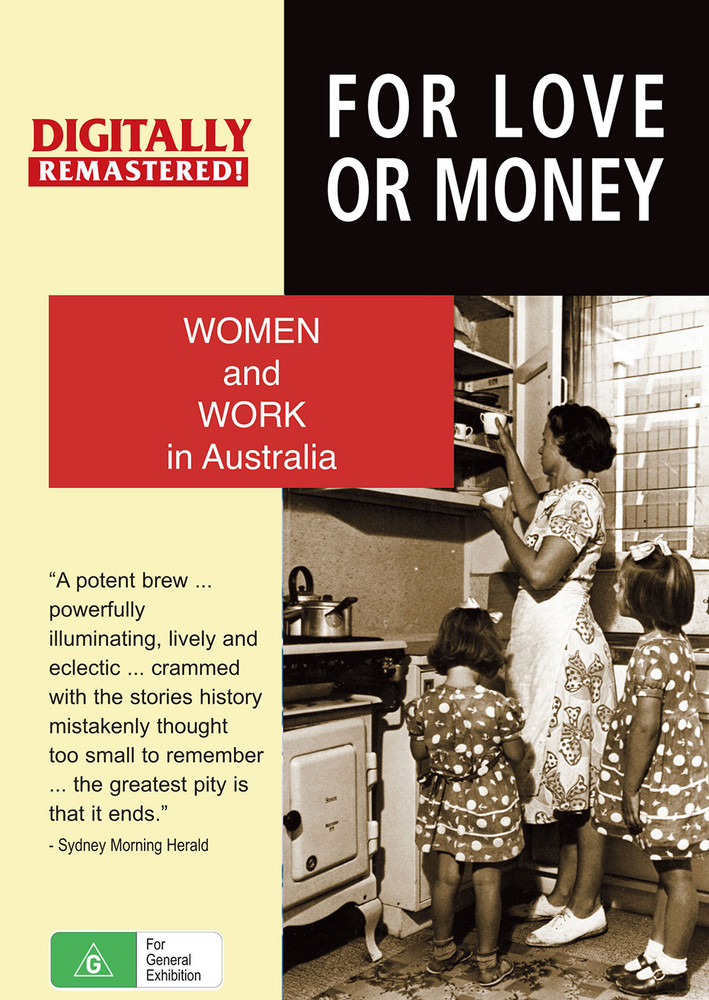 Rare glimpses of Aboriginal women's traditional work introduce this archival compilation history of women's work in Australia. The story of convict women's enforced labour in the early years of the colonies is followed by an examination of the role of women through the decades of frontier conflict, pastoral settlement, gold rushes and industrialisation. Women's labour – as wives and mothers, maids and governesses, cooks and farmworkers, nurses and seamstresses – is essential work but always underpaid and unacknowledged. Class and race sharply define and limit women's roles. The growing trade union movement excludes female workers, so women form their own unions. By the beginning of the new century, women are campaigning for access to higher education, the vote, and equal pay.

For Love or Money is also available on DVD here.

For Love or Money (7-Day Rental)

For Love or Money (1-Year Rental)