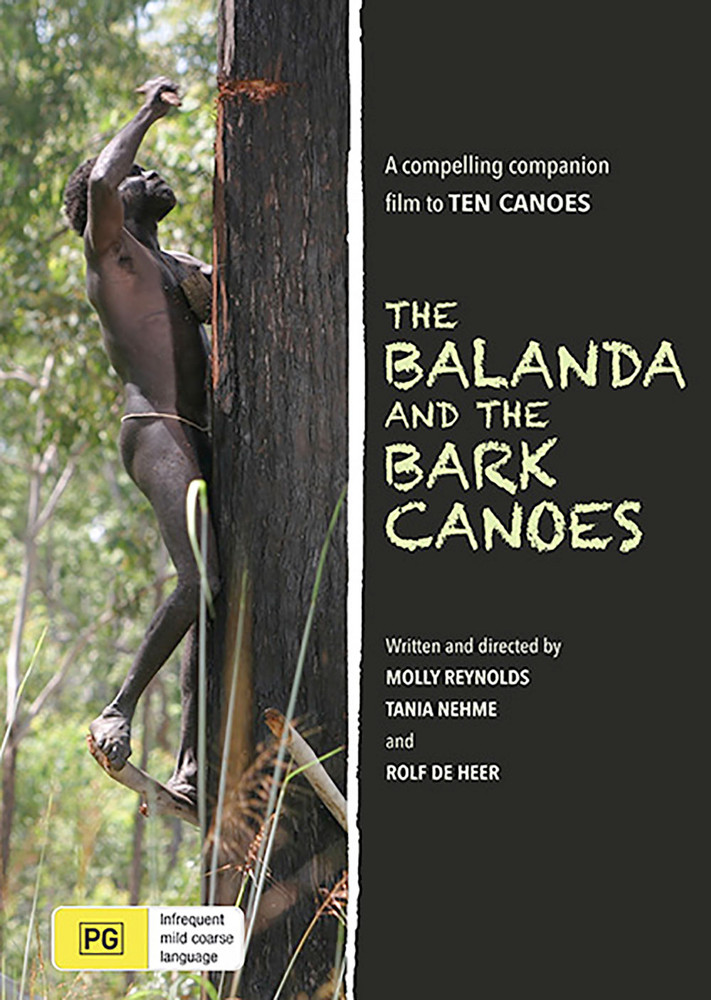 Balanda and the Bark Canoes, The (30-Day Rental)

This lively and eye-opening documentary is a companion film to Ten Canoes, the landmark feature film which Rolf de Heer made with the people of the Arafura Swamp in Central Arnhem Land.

We are making a movie. The story is their story, those that live on this land, in their language, and set a long time before the coming of the Balanda, as we white people are known. For the people of the Arafura Swamp, this film is an opportunity, maybe a last chance, to hold on to the old ways. For all of us, the challenges are unexpected, the task beyond anything imagined. For me, it is the most difficult film I have made, in the most foreign land I've been to … and it is Australia. – Rolf de Heer, May 2005, Central Arnhem Land

Thus Rolf de Heer wrote during the production of Ten Canoes. The making of that landmark feature film provides the framework for The Balanda and the Bark Canoes, a documentary exploring much more than simply the practicalities of working with non-professional actors in crocodile-infested waters. Long before cameras rolled on Ten Canoes, de Heer was involved in complex consultations with the Aboriginal cast and community members.

The film observes the process by which the people of Ramingining and Murwangi recreated the canoe-making process for Ten Canoes, working from a wealth of photographs taken in the 1930s by anthropologist Donald Thomson.

Taking misunderstandings and cultural differences in its stride, this fascinating and often amusing documentary is as an uplifting account of how free-for-all discussion evolved into a highly successful feature film.

The Balanda and the Bark Canoes is also available on DVD here.

Balanda and the Bark Canoes, The