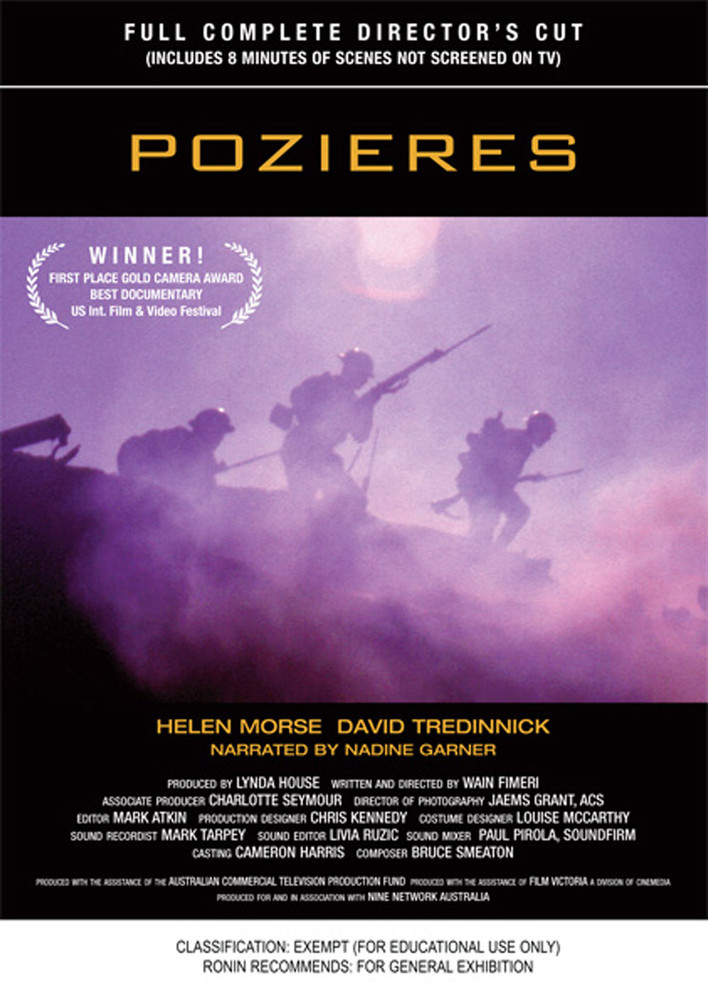 Pozieres is a tiny village in Northern France. In 1916, during the Great War, Pozieres became the centre of one of the bloodiest battles and the key to the success of the Battle for the Somme. The village was stormed and captured by Australians. In less than seven weeks they suffered twenty-three thousand casualties for this tiny patch of earth.

Pozieres was like a stone thrown violently into a pool that was the consciousness of a nation. The ripples spread outwards from the French village to the homes and hearts of those who endured, suffered and lost. Pozieres is a twentieth century tragedy.

This film takes the viewer back in time. Our camera finds young men in the fields and trenches of France, railway carriages in Egypt and the Australian bush. We meet their families in the parlours of small cottages and rowdy public meetings in Australia.

Everyone is touched in some way by this tiny village, and eighty-four years later we go back to Pozieres to find out, if it was all worth anything.