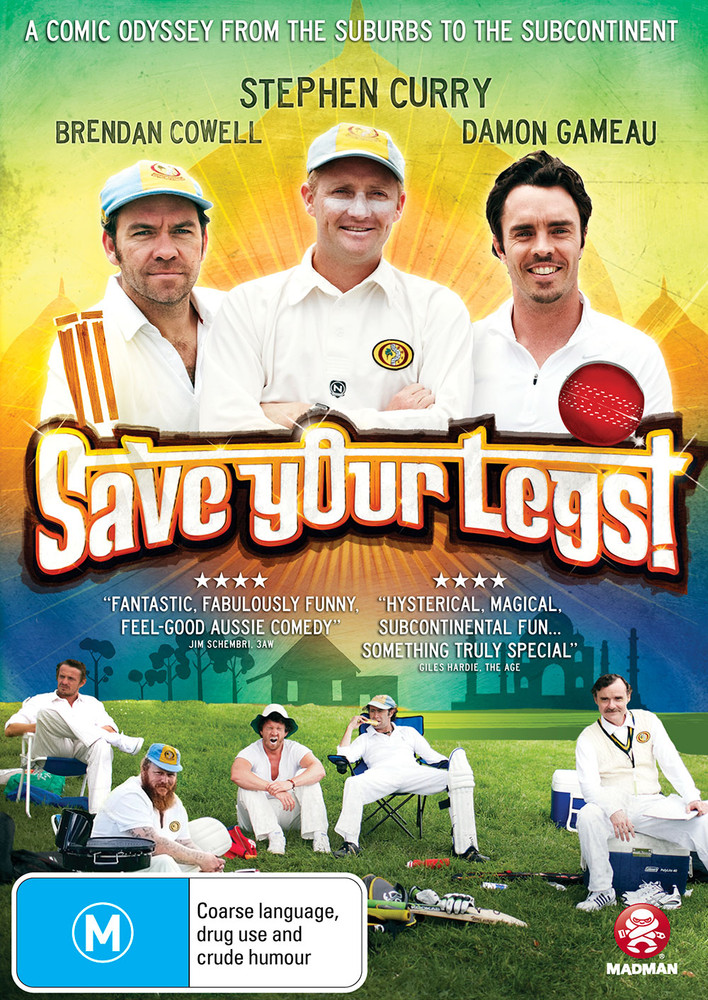 Edward (Teddy) Brown is obsessed with cricket. His whole life has revolved around the game, his park cricket team and his mates. Now that they've hit their mid thirties, his friends are starting to move on, trading in the team for their careers, wives, mortgages and kids. With Ted's precious Abbotsford Anglers on the brink of extinction, he makes one last, desperate attempt to keep his mates' passion for the pitch alive and convinces his boss Sanjeet to let the Anglers represent Australia on a cricket tour of India.

Once there, Ted discovers that his dreams of winning an international cricket tour might be harder than he thinks, as his two best friends are more interested in sampling the local customs than they are with picking up a bat. Dealing with pitch invasions from goats, hallucinogenic smoothies, street parties and dry cleaning disasters, Ted's grip on the team begins to fall apart. Soon his passion for the game threatens to cost him not only the team and his mates, but also the heart of Sanjeet's beautiful daughter Anjali.

An inspirational adventure filled with comedy, cricket and Bollywood music, Save Your Legs! is an odyssey from the suburbs to the subcontinent in pursuit of a boyhood dream.

Indian Simper: Save Your Legs!

Wrong 'uns on the Road: On Tour with Save Your Legs!

Can We Save the Reef?

Save This Shark (ATOM Study Guide)

Save This Rhino (ATOM Study Guide)