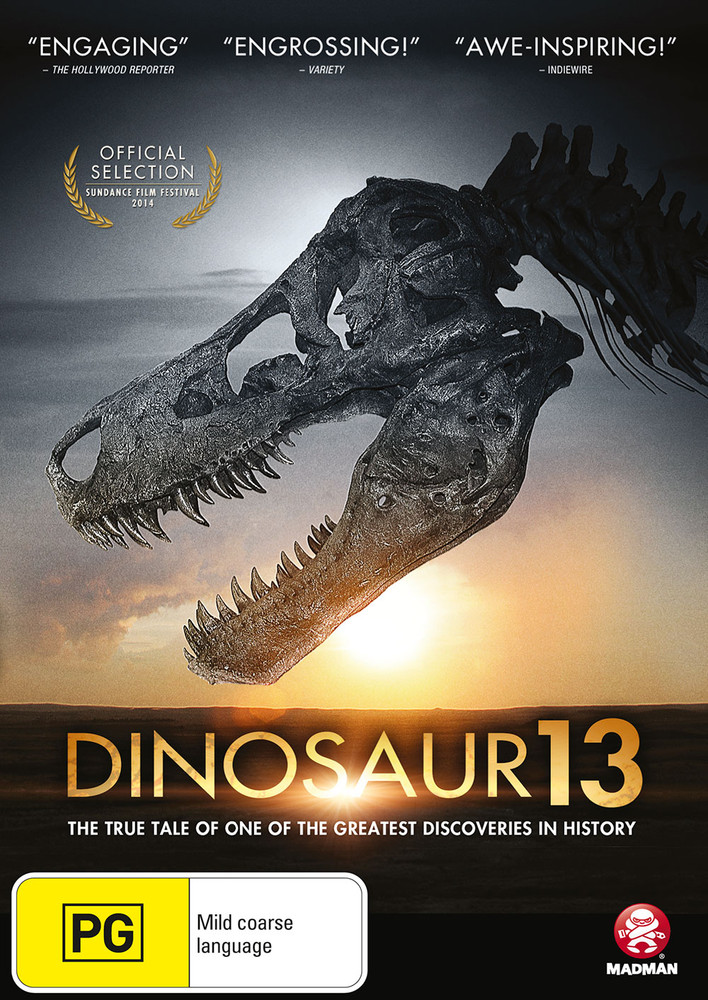 On 12 August 1990, in the badlands of South Dakota, paleontologist Peter Larson and his team from the Black Hills Institute unearthed the largest, most complete Tyrannosaurus rex ever found. It was the find of a lifetime – the world's greatest dinosaur discovery. They named their dinosaur Sue. Two years later, when the FBI and the National Guard showed up, battle lines were drawn over ownership of Sue. The US government, world-class museums, Native American tribes and competing paleontologists became the Goliath to Larson's David as he and his team fought to keep their dinosaur and wrestled with intimidation tactics that threatened their freedom as well.

Dinosaur 13 chronicles an unprecedented saga in American history and details the fierce battle to possess a 65-million-year-old treasure.