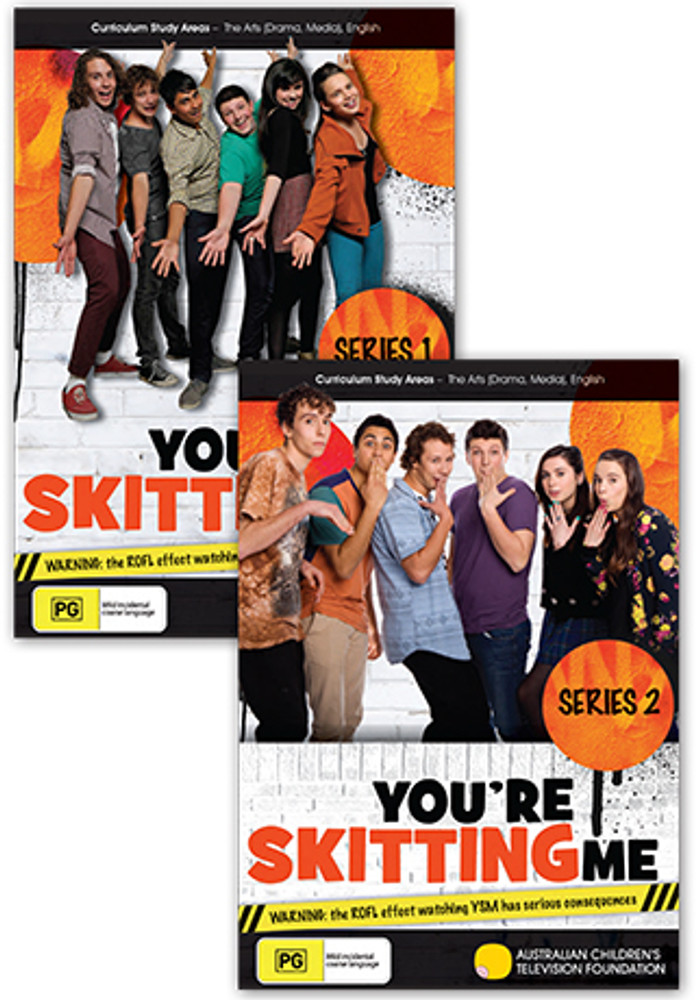 The sketches are an edgy mix of zombies, cavemen, superheroes, scary Girl Guides, Romans, parodies of Twilight, Doctor Who, MasterChef, talent shows and Gollum, as well as some offbeat animations that will delight kids and parents alike, including Vomit Boy and a new twist on fairy tales. Made for ABC3 by Jigsaw Entertainment, the show stars an ensemble cast of six teenagers, five of whom are new to television audiences.

You're Skitting Me is aimed at children aged 10 to 15 years, but its contagious humour will be sure to provide a laugh for everyone else too!