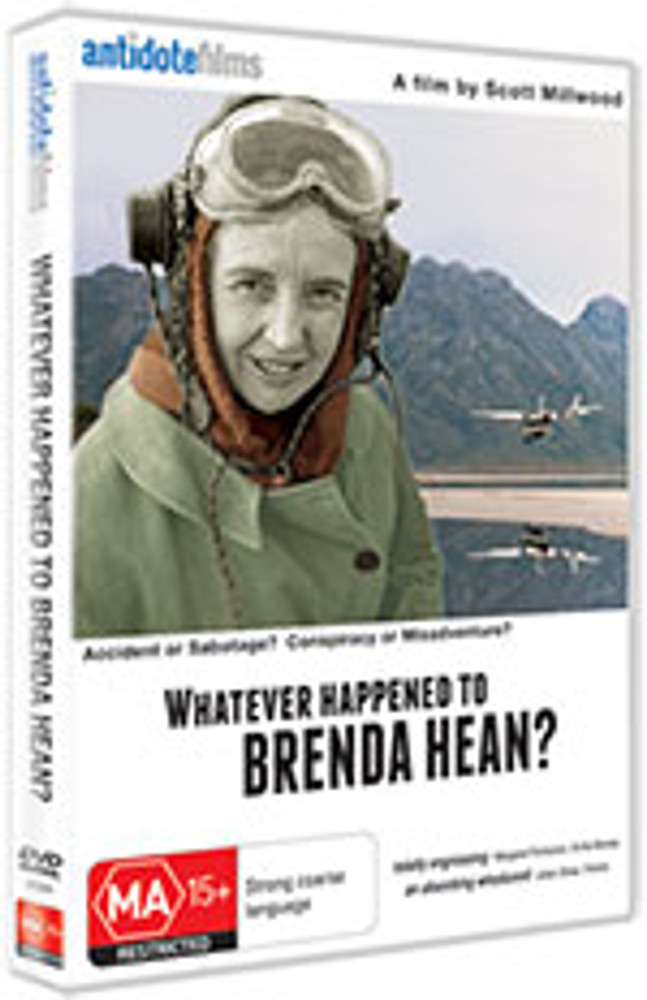 Whatever Happened to Brenda Hean?

Part detective story, part confession, part black comedy, Whatever Happened To Brenda Hean? is a rare work of investigation that will keep you guessing until the very last moment.

From the award-winning makers of Wildness comes a story of murder and political intrigue; a mystery so intertwined with the environment that it is a parable for our times.

In 1972, environmental activist Brenda Hean's Tiger Moth plane disappeared while en route to Canberra, where she planned to petition the prime minister to save Tasmania's wild and beautiful Lake Pedder from inundation by a massive hydroelectricity scheme. The battle for the lake was lost, neither the plane nor its passengers were ever found and, despite evidence suggesting sabotage, a public enquiry was never conducted. It spawned a legion of conspiracy theories that refused to die.

Decades later, documentary filmmaker Scott Millwood offered a $100,000 reward for information that would lead to an answer to the mystery. On a journey through his homeland, we join conservationists, journalists, pilots, clairvoyants and eyewitnesses in uncovering the story of a woman whose environmental values still resonate. Yet what begins as a search for truth becomes a poetic reverie into landscape, uncovering the heart of darkness of Tasmania, while offering the possibility of reconciliation with our environment.

Accident or foul play, conspiracy or misadventure, whatever happened to Brenda Hean?

An Environmental Whodunnit?: The Search for the Truth in Whatever Happened to Brenda Hean?

Whatever Happened to the Social Documentary?