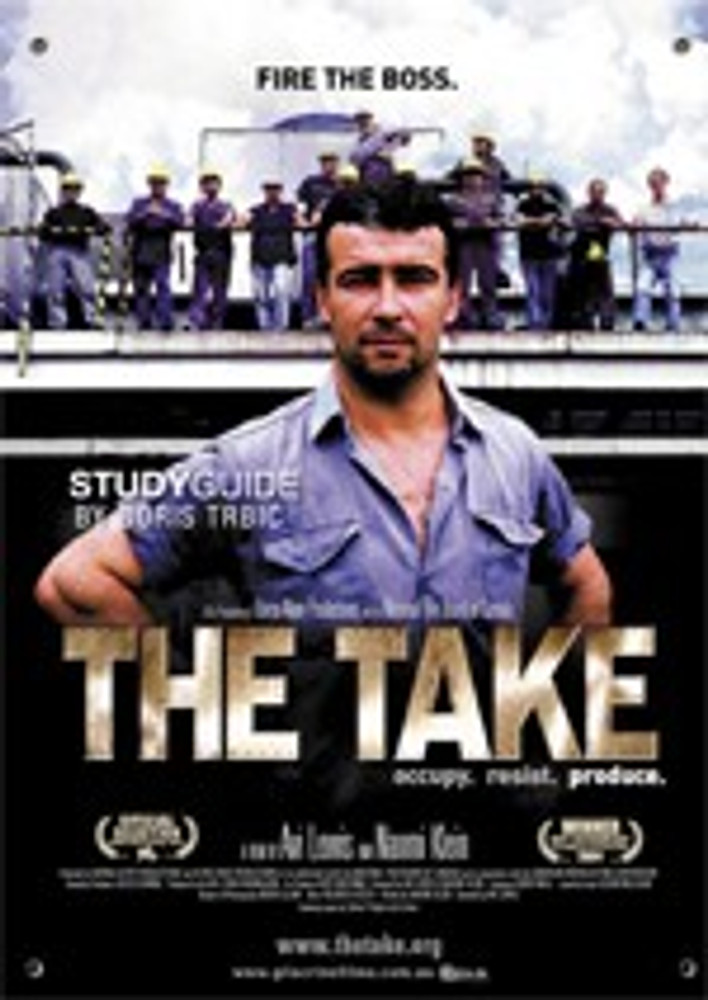 The Take is a political thriller by Avi Lewis and Naomi Klein suitable for senior secondary students that focuses on an emerging phenomenon in Argentina, when, following state bankruptcy and the closing of factories on a massive scale, workers began to reclaim ruined workplaces and run them without bosses. The film follows thirty unemployed auto-parts workers in suburban Buenos Aires who walk back into their deserted factory to restart the silent machines.

Their initiative is an attempt to reverse the policies of successive local governments, supported by international financial institutions that give priority to multinational corporations over the development of local industries. The workers' actions, at the same time, emerge as a precedent in the legislative understanding of private property and property rights. As the reclaiming of idle factories has succeeded in Argentina, the practice is now spreading to other parts of South America, opening a new chapter in the ongoing struggle between advocates and opponents of corporate-driven globalisation.

Curriculum Links:
The film and the themes, issues and activities developed in the study guide will have relevance for students from Years 10–12 studying:
• English
• Politics
• History
• SOSE / HSIE
• Media Studies

Frank and Daz Take on the World (ATOM Study Guide)